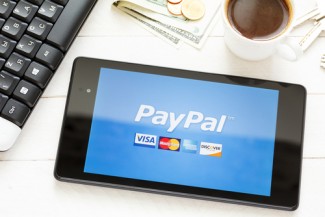 An online efforts to raise funds for the legal defense of a Georgia father charged in a controversial murder case over the death of his young son in a hot car has been suspended, and the $22,000 already donated will be refunded.

A PayPal spokeswoman told the Associated Press it will give refunds to those who used the online service to donate to the fund for Justin Ross Harris. Meanwhile, a spokesman for the YouCaring.com site that had hosted the page promoting the fundraising effort said it had become a distraction and hence was eliminated.

Media reports also say that Harris has been fired from his job at Home Depot, that his Harris’ wife has hired a lawyer although she faces no charges in the case, and that toxicology results show their 22-month-old son had ingested no poison or drug before his death, WXIA reports.

Attorney Lawrence Zimmerman of Atlanta confirmed to the Associated Press that he represents Leanna Harris, but declined to discuss his role. A former prosecutor discusses in a WGCL article how authorities may be conducting their investigation.

Justin Harris is being held without bond, on charges of felony murder and child cruelty.

NBC News: “Friend of Hot-Car Dad: ‘He Was the Ferris Bueller of Tuscaloosa’”