Percentage of federal weapons prosecutions up sharply under Sessions-led DOJ 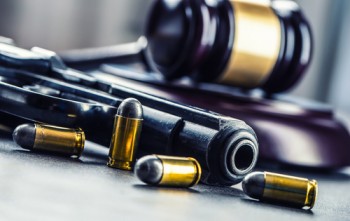 Data shows a large increase in the percentage of federal weapons prosecutions as the fiscal year winds down.

Figures were compiled by TRAC Reports, a data-collection group at Syracuse University, and reported by Courthouse News Service.

The TRAC study shows 8,403 such cases were brought through the first 10 months of fiscal year 2018—an increase of 22.5 percent over the same period a year ago.

“I want to see a substantial increase in gun crime prosecutions. I believe, as we partner together and hammer criminals who carry firearms during crimes or criminals that possess firearms after being convicted of a felony, the effect will be to reduce violent crime, ” Sessions said in prepared remarks the National District Attorneys Association in July in Minneapolis.

TRAC reported in August that this is the fourth straight year in which federal weapons prosecutions rose, and that U.S. attorneys prosecuted 41.3 percent more weapons cases than five years ago under President Barack Obama.