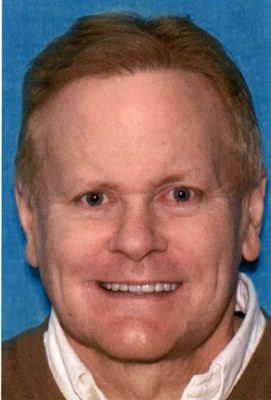 A person claiming to be the lawyer who fled on June 2 before his sentencing in a $550 million disability fraud scheme is dictating the terms of his surrender in an email that rails about inequitable sentencing.

The email purporting to be from Kentucky lawyer Eric Conn was likely written by him, according to Scott White, the lawyer who represented him. The Lexington Herald-Leader, WKYT and The Associated Press covered the development.

The email says Conn will surrender if he is not be charged with additional crimes for fleeing, if the FBI reveals his concerns about unequal treatment to the public, and if the FBI acknowledges it had no specific reason to consider him dangerous when it issued a warning to the public.

White told AP that he is “99 percent” the email was written by Conn, partly because of his writing style. According to the Herald-Leader, the email also contained information about Conn’s ankle monitor that had not been previously released—the device was found in a backpack.

According to the Herald-Leader, the email said Conn removed his ankle bracelet and fled because he thought it was unfair that two Social Security judges convicted in connection with the case would get a combined sentence that is lower than his potential sentence of 12 years in prison. He also said the judges “continue to receive their sizable federal pensions.”

One of the judges faces up to four years in prison for taking more than $600,000 in bribes in Conn’s cases. The other faces up to 10 years in prison for conspiracy to retaliate against a former employee who provided information to investigators in the case, but the judge will likely get a lower sentence under advisory guidelines, according to the Herald-Leader.

White told the Herald-Leader that he can assure Conn “it will go much, much better the sooner he turns himself in” and he believes Conn will be treated with courtesy if he does so. He is willing to help facilitate the surrender.

“I only hope and pray it is somewhere in the United States and he can quickly turn himself in,” White said.

The FBI’s Louisville office announced last Wednesday that a $20,000 reward is being offered for information leading to Conn’s location and arrest. On Friday, the agency placed Conn on its Most Wanted Fugitives list for white-collar crimes.