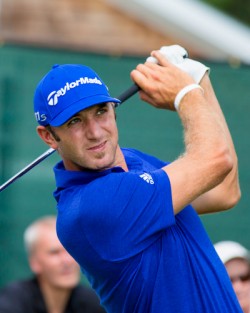 Attorneys at a Georgia law firm who served as trusted advisors to a PGA star golfer stole $3 million of his money through a theft and embezzlement scheme, a federal lawsuit alleges.

But, unbeknownst to Johnson and allegedly known to both Mark Wittstadt and Rod Wittstadt, Johnson’s money was to be used to help cover the firm’s day-to-day operations following a claimed $30 million embezzlement by Hardwick that had not yet been made public, reports Housing Wire (sub. req.).

“Mr. Johnson’s lawyers placed their interests before his and fraudulently induced him to give them his hard earned money to pay for their firm’s day-to-day operations,” the suit says. “Mr. Johnson is stunned that the men in whom he entrusted his career have so callously ignored his interests. Mr. Johnson’s lawyers stole his money.”

When loan payments weren’t made as promised, the Wittstadts and the firm told Johnson they weren’t his counsel and threatened to reveal confidential information and engage in aggressive litigation if he sued over his loss, Johnson contends in his complaint.

“The Wittstadts recently learned of Dustin Johnson’s lawsuit and vehemently deny the allegations of wrongdoing made against them,” the firm said in a written statement provided to Housing Wire. “Although they have not yet been served, they are preparing appropriate legal motions and are confident that the misplaced claims against them will fail.”