Plagued by 'often offensive' comments, Above the Law bans them all 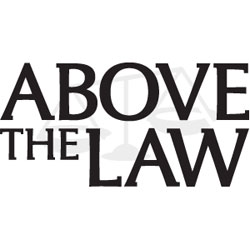 Above the Law is fed up with reader comments.

The blog says it is banning all comments after watching them degenerate since it first began publication nearly 10 years ago.

At first, the blog reports, “the comments were amazing. A single story could get hundreds of comments, most of them substantive, thoughtful, and related to the subject matter of the story.”

Today, however, things are different, the blog says. “Although occasionally insightful or funny, ATL comments nowadays are generally fewer in number, not very substantive (often just inside jokes among the commentariat), yet still often offensive. They also represent a very small percentage of our total traffic (as we can tell because of the click required to access them).”

The blog allowed readers to comment on its post about banning comments. As of 8:20 Central Time on Wednesday, there were 296 comments.

ABAJournal.com: “From the ABA Journal editors: Let’s talk about comments”

The Guardian: “The dark side of Guardian comments”