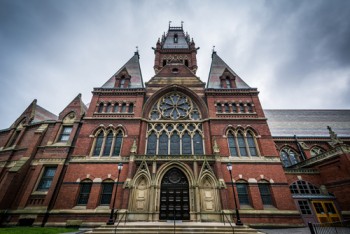 Plaintiffs suing Harvard over its admissions policies say the university depressed the number of Asian-American admittees partly by giving them lower ratings for likability and other personality traits.

Students for Fair Admissions analyzed admissions data from more than 160,000 applicants between 2000 to 2015, and filed its findings Friday with a federal court in Boston. The study found that Asian-Americans scored highest among all admissions groups for test scores, grades and extracurricular activities, the New York Times reports. But their chances of admission were hampered by low ratings for personality traits, such as likability, kindness, positive personality, courage and being widely respected.

Often the character trait ratings are given without a personal meeting between the applicant and the admissions office, according to the plaintiffs’ expert, Duke University economist Peter Arcidiacono.

The plaintiffs said Harvard’s own internal review showed how its admissions process harmed Asian-American applicants, according to the Times, the Boston Globe and the Wall Street Journal.

Asian-Americans made up 22 percent of students admitted to Harvard this spring.

Harvard’s lawyer, Seth Waxman, told the Times that the plaintiffs’ analysis didn’t take into account the impact of information such as essays and personal recommendations. He also told the newspaper that the internal study was preliminary and incomplete.

Outgoing Harvard University president Drew Faust told students in an email earlier this week that the plaintiffs are relying on “misleading, selectively presented data taken out of context.”