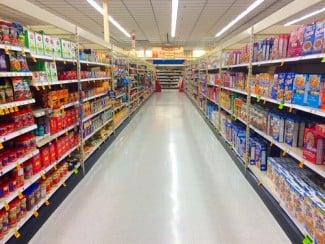 People accused of intentionally coughing on grocery store shelves and police officers are facing criminal charges, as is one man accused of licking grocery containers.

Police in Warrenton, Missouri, say the man who licked the containers, Cody Lee Pfister, also licked a deodorant and the shelf itself, the Washington Post reports.

“Who’s scared of coronavirus?” said Pfister in a video of his antics that he shared on social media.

Pfister was charged with the felony of making a terrorist threat in the second degree.

Pfister’s lawyer called his client’s actions “idiotic, moronic,” but he questioned whether it was felonious in an interview with the Washington Post. The incident took place in early March—before the spread of COVID-19 was deemed a pandemic.

In Florida, a man was charged with assault and threatening a public servant after he was accused of removing a mask given to him by a police officer and coughing toward the officer. Several people in New Jersey are also facing charges for spitting at or coughing on police officers.

COVID-19 appears to meet the statutory definition of a “biological agent” under federal law, and threats to spread it “could implicate the nation’s terrorism-related statutes,” he wrote.