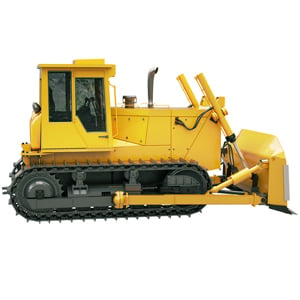 The limited value of a court protective order against a determined individual was dramatically illustrated this week after authorities alleged that Jamie Francis Sager drove a stolen bulldozer through a home in Australia on Sunday morning, smashing it to smithereens.

Three female occupants barely escaped with their lives because a neighbor ran to warn them, shouting at them to get out of the house, according to ABC News and news.com.au.

As she ran through the front door onto the steps of the Teralba home, “We felt the house lifting,” resident Deborah Kerr told the Australian Broadcasting Corporation, adding: “We were just on the verandah, coming out the front verandah, when the house started to lift.”

Police climbed on the bulldozer when it got bogged down in the wreckage, smashed through a window to get into the locked cabin and disabled the driver with pepper spray in order to turn ignition off, the inspector David Matthews told ABC News. He said the officers and the neighbor will be recommended for bravery commendations.

Matthews said the crime scene looked as if a bomb had exploded there, news.com.au reports.

“There were squashed motor vehicles, downed trees and a house that was nothing more than debris, with a bulldozer sitting in the middle of it,” he said. “I’ve never seen anything like this before. It is extraordinary.”

Sager, 48, also allegedly smashed multiple vehicles and a shed en route to the home in the stolen bulldozer. He was charged with breaching an apprehended violence order, as well as destroying with intent to endanger life, among other charges.

One of the women inside the home was allegedly covered by the court order; a New South Wales government website explains the criteria for obtaining one.

The Daily Telegraph says she was a former friend of Sager.

Bail was denied when Sager was arraigned in Newcastle Local Court. His lawyer, Matthew Unwin, asked for a mental-health examination, to which the court agreed.