Political lawsuits bring the Administrative Procedure Act to the forefront 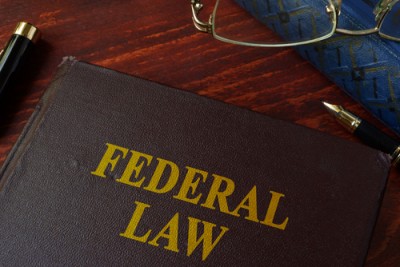 The Administrative Procedure Act, a little-noticed federal law regarding how government agencies may enact rules, is gaining currency because of its use in lawsuits against the Trump administration, NBC News reports.

The APA, which lays out the steps that federal agencies must follow to make new rules, has been useful for opponents of new federal policies under both Democratic and Republican administrations. But NBC notes that the Trump administration has made it a goal to roll back numerous regulations made by Barack Obama, and many of those rollbacks have been challenged under the act.

NBC says the APA has been the issue in lawsuits over Deferred Action for Childhood Arrivals, low-income housing rules and environmental regulations. In all of these cases, challenges under the act aren’t about the policy; they’re about whether the federal agency that rescinded the policy used the right process.

Under the APA, federal agencies must notify the public, allow public comments and justify their decisions. In some cases, NBC reports, the Trump administration has tried to skip those steps in order to rescind rules more quickly, only to get sued.

“When you’re trying to do this many things, and you’re short-staffed, and don’t have a number of people with a high level of expertise, even stuff you might otherwise be able to do becomes dodgier,” Jonathan Adler, who runs the Center for Business Law and Regulation at Case Western Reserve University, told NBC.

For example, a federal court ruled in December that the Department of Housing and Urban Development may not delay a new rule without using the notice-and-comment process outlined by the act. The rule would have made it easier for low-income families to move into higher-income neighborhoods; HUD argued that housing authorities needed more time before it took effect.

“This case is not about what is good housing policy,” wrote U.S. District Judge Beryl Howell of Washington, D.C. “This case is about the rule of law.”

NBC notes that the APA was also frequently used against the Obama administration, including against its proposed Deferred Action for Parents of Americans program. That program never took effect because of the New Orleans-based 5th U.S. Circuit Court of Appeals ruling that it should have gone through the notice-and-comment period.

More recently, district courts in Northern California and Eastern New York have granted injunctions stopping the end of the related DACA program, saying the choice to end it was “arbitrary and capricious” under the act.

Adler told NBC that it’s often easier to succeed in this kind of lawsuit, in part because it doesn’t require judges to wade into policy issues.

“It is much easier to challenge an action by identifying a procedural problem than it is to try and convince a reviewing court that it’s bad policy,” he said.