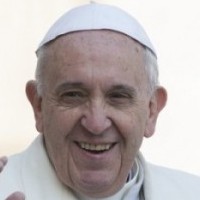 Significantly reforming more than 300 years of Catholic practice, Pope Francis announced Tuesday that the process for obtaining a marriage annulment will be put on a fast track, effective Dec. 8.

Under the new rules, “lack of faith” can be a basis for a church-recognized marriage dissolution. The local bishop—rather than a three-judge regional panel—may hear the case if it is uncontested, if the couple agrees or if certain facts are established, such as violence used to induce marriage or the concealment of infertility, according to the Associated Press and the Detroit Free Press.

Appeals are no longer automatic and will take place only if requested.

The pope also called for fees charged by the church to be reduced or eliminated. However, a spokesman for the archdiocese in St. Louis said the U.S. Conference of Catholic Bishops will determine the cost of annulments. Church officials in some regions, such as Detroit, have already eliminated fees. In St. Louis, an annulment currently costs $750.

The fast-track approach should take no more than 45 days, the pope says and the traditional process before a three-judge panel should not exceed a year. Annulments historically can take years to complete.

The reason for the changes is to encourage those who have been distanced from the church to return, the pope said Tuesday. “The impulse for reform is fed by the enormous numbers of the faithful who … are too often alienated from the juridical structures of the church,”

In the Light of the Law discusses in detail the five new canons through which the pope instituted these reforms.

Previous:
Dewey prosecution was based on 'fantasy fraud,' lawyer says in closing argument

Next:
Did Harper Lee write a true-crime novel? Lawyer's wife says she has the first chapter