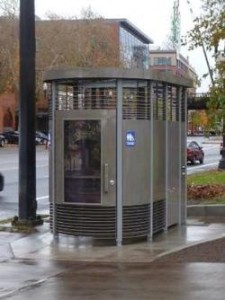 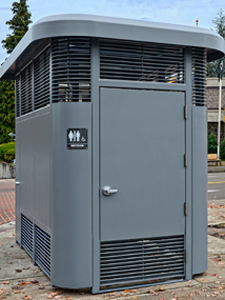 In a copyright infringement lawsuit filed this week, Portland claims The Sidewalk Restroom sold by Romtec Inc. looks too similar to the Portland Loo, according to the Oregonian and the Associated Press.

Portland says Romtec, based in Roseburg, infringed on the city’s copyright of the public facilities and is interfering with its efforts to sell the Loo to other cities.

Portland sells each of its restrooms for $90,000, while the price of the Romtec version is $38,500, Willamette Week reports. The publication reported that Cincinnati broke off negotiations with Portland after discovering Romtec’s Sidewalk Restroom.

The restrooms sport steel walls and public safety features, such as open slats at the top and bottom so police can see how many people are inside. There’s an anti-graffiti coating on all surfaces.

A former Portland commissioner registered the Loo’s copyright in 2008.