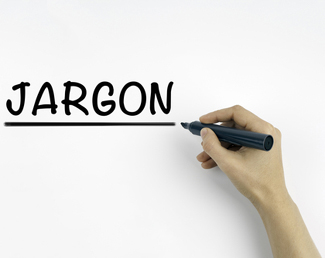 What has discretion got to do with it?

That’s one of the questions Judge Richard Posner of the Chicago-based 7th U.S. Circuit Court of Appeals asked in a May 17 concurrence (PDF) that criticizes legal jargon such as “abuse of discretion.” The “verbal formulas” in the majority opinion, Posner says, “are common, orthodox, even canonical. But they are also inessential and in some respects erroneous, and on both grounds ripe for re-examination.”

The phrases, Posner says, load the dice against defendants. One example, he said, is “abuse of discretion,” the standard the majority used to review claims of error in jury instructions.

“Common as the term ‘abuse of discretion’ is in opinions dealing with appeals from district court decisions, I find it opaque,” he writes. “If the appellate court is persuaded that the trial court erred in a way that makes the trial court’s decision unacceptable, it reverses. What has discretion to do with it? And ‘abuse’ seems altogether too strong a term to describe what may be no more than a disagreement between equally competent judges—the trial judge and the appellate judges—that the appellate judges happen to be empowered to resolve as they see fit.”

The National Law Journal notes the concurrence in this story (sub. req.) and interviews Posner about his views here (sub. req.).

The majority opinion upheld a Wisconsin man’s conviction for selling chemicals used in prescription drugs, and Posner agreed with the result. “I disagree merely with the rhetorical envelope in which so many judicial decisions are delivered to the reader,” he writes.

Among the phrases Posner slams:

• “Great deference.” Why give “great deference” to probable cause determinations by magistrates who are “certain or almost” certain to approve them?

• “Actual guilt” and “actual innocence.” Why not use the simpler terms “innocence” and “guilt”?

• The “heavy, nearly insurmountable burden” of proof for defendants challenging the sufficiency of evidence. The phrase appears to be “hyperbole,” and why should the defendant have this high burden?

• “Where the district court has reasonably and conscientiously reviewed the defendant’s [claim for a hearing], and has properly applied the law, its decision should stand even if we, as an original matter, would have ordered the hearing.” Posner says the quote, originally in a 1990 7th Circuit opinion, is puzzling. “It could just mean that we haven’t been given all the facts, and the district court was given all the facts, so its decision is more likely to be correct than ours would be,” he writes. “Or it could mean that the case is a toss-up and—rightly—a tie goes to the district court. Which is it? I’d like to know.”

Posner tells the National Law Journal that the legal profession is too accepting of legalese. “I think most lawyers and most judges simply accept the standard terminology,” he said. “Like if you’re a fish, you accept the fact that you live in water and have gills and so on. You don’t question it. Similarly with the lawyer and judges.

“They imbibe all this stuff at law school because the professors, they’re immersed in the same culture and I don’t really think it’s a healthy culture. I think in any area in which you can express yourself adequately in the ordinary day-to-day language, it’s much better than having a specialized vocabulary.”