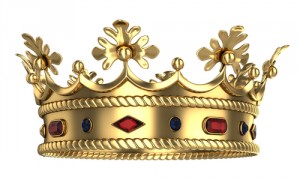 Judge Richard Posner is countering a pro se litigant’s sovereign-citizen type arguments with a history lesson and a warning.

Though Posner is an appeals judge with the Chicago-based 7th U.S. Circuit Court of Appeals, he likes to volunteer for trials. He has drawn the case of Hakeem El Bey, who is accused of defrauding the Internal Revenue Service, Above the Law reports.

In an order issued on Friday, Posner warns El Bey that he will forfeit the right to represent himself at his March 2 trial if he continues to inject “utterly irrelevant, patently inaccurate, and sometimes unintelligible contentions into this case.” Posner writes that he has already appointed stand-by counsel for El Bey, who despite his arguments, “strikes me as an intelligent person, and he has been unfailingly polite in pretrial conferences.”

Posner previously warned El Bey in person and in a Feb. 12 order that he should not try to introduce argument or testimony about the Uniform Commercial Code, the Federal Rules of Civil Procedure, admiralty and maritime law, or the Foreign Sovereign Immunities Act.

“These bodies of law are totally irrelevant to this criminal prosecution,” Posner writes. “Nor may he argue at trial that this court lacks jurisdiction over him because he is a ‘sovereign citizen’ or citizen of the Cherokee nation (he is in fact a U.S. citizen), that the U.S. government is a corporation or is insolvent, or that the Internal Revenue Service has been dismantled.”

Despite the warning, El Bey has continued to make additional irrelevant arguments, Posner writes. His new court filings assert that the U.S. government owes El Bey $367,500 in “redemption” of damages. El Bey also claims that a Stamp Act treaty with the queen of England had imposed taxes on alcohol and cigarettes, but it “exonerated” Americans of the need to pay all other taxes.

El Bey got his history wrong, Posner writes in his order.

“The Stamp Act was enacted by the Parliament of Great Britain in 1765,” Posner wrote. “It did not relieve Americans of any taxes; on the contrary, it imposed a comprehensive tax on the use of paper by Americans. The Act was not a treaty between Britain and the federal government of the United States, for there was no United States; there were just the 13 British colonies that 11 years later declared independence from Great Britain. There were no federal taxes that the act could have relieved Americans from having to pay. The sovereign of Britain at the time was a king, not a queen; the king’s wife (Princess Charlotte of Mecklenburg-Strelitz) was Great Britain’s queen but had no governmental authority.”