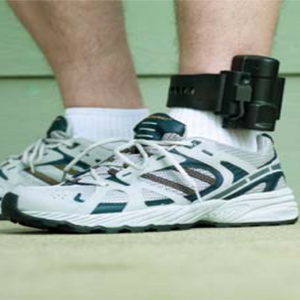 This picture of an ankle monitor was used in the opinion as representative of the one Michael Belleau wears.

A federal appeals court has upheld a Wisconsin law requiring convicted sex offenders to wear a GPS ankle bracelet for the rest of their lives after their release from civil commitment.

The Jan. 29 opinion (PDF) by a three-judge panel of the Chicago-based 7th U.S. Circuit Court of Appeals was written by Judge Richard Posner.

Judges Joel Flaum and William Bauer were also on the panel, and Judge Flaum wrote a concurring opinion. They found no Fourth Amendment violation in the case of Michael Belleau, who had been imprisoned twice for sexually assaulting children and civilly committed from 2004 to 2010 as a “sexually violent person.” Belleau had claimed it was unlawful to require him to wear the bracelet because he is not on bail, parole, probation or supervised release.

The Wisconsin Department of Corrections downloads location information from the sex offenders’ ankle bracelets every night. If a sexual offense were reported at a location visited by a sex offender, the offender would become a suspect.

Belleau had asserted that the ankle bracelet amounted to a privacy invasion under the Fourth Amendment that would cause others to shun him. A federal judge who struck down the GPS law had ruled for Belleau, referring to a case that found the ankle bracelet was akin to a scarlet letter.

The 7th Circuit panel determined, however, that Wisconsin law already makes sex offenders’ criminal records and home addresses public, and any additional burden on privacy from the GPS bracelet is incremental. “The additional loss from the fact that occasionally his trouser leg hitches up and reveals an anklet monitor that may cause someone who spots it to guess that this is a person who has committed a sex crime must be slight,” Posner wrote.

Any burden, Posner said, should be measured against the gain to society by requiring the ankle monitor.

Belleau, who was about to turn 73, had claimed he “aged out” of pedophilia. He had cited a psychologist’s estimate of Belleau’s risk of being charged or convicted of further sex crimes. The psychologist said the risk was 16 percent in 2010 when Belleau was released from civil commitment, and it would be 8 percent in 2015.

“Even if we credit the 8 and 16 percent figures,” Posner wrote, “the plaintiff can’t be thought just a harmless old guy. Readers of this opinion who are parents of young children should ask themselves whether they should worry that there are people in their community who have ‘only’ a 16 percent or an 8 percent probability of molesting young children—bearing in mind the lifelong psychological scars that such molestation frequently inflicts.”

The GPS monitoring law was passed in 2006 before Belleau’s release from civil commitment. Belleau saw a violation of the constitutional ban on ex post facto laws. But Posner said a statute is an ex post facto law only if it imposes punishment, and the purpose of the GPS law was prevention.

“Having to wear the monitor is a bother, an inconvenience, an annoyance,” Posner wrote, “but no more is punishment than being stopped by a police officer on the highway and asked to show your driver’s license.”

In his concurrence, Flaum called the GPS monitoring program “relatively limited in its scope,” pointing out that the Department of Corrections administers the program rather than police, and that although a log of Belleau’s location is downloaded each day, he is not followed in real time. “Additionally, the program is narrowly designed only to track Belleau’s location,” Flaum wrote. “It does not infringe on Belleau’s freedom of movement. Other than wearing the GPS device at all times and charging it as needed, Belleau may go where he pleases, when he pleases. In fact, Belleau may even leave Wisconsin, at which point his GPS monitoring will terminate.”

Publications with coverage of the decision include the Milwaukee Journal Sentinel, Courthouse News Service, the Chicago Daily Law Bulletin and Bloomberg View.