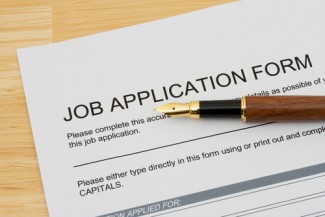 Some state and federal officials are considering whether laws barring ex-cons from certain jobs are leading to recidivism and keeping the prison population high.

The U.S. economy loses up to $65 billion in output each year because of fewer job opportunities for convicted felons, according to a 2010 study by the Center for Economic and Policy Research. Research also shows that former offenders are much less likely to return to prison if they have a steady job. The Wall Street Journal has a report (sub. req.) on the research and efforts to reduce job restrictions for former inmates.

The story offers an example: a convicted drug felon from Ohio who couldn’t get a license to become a heating and air conditioning technician until he petitioned a court for relief.

The Uniform Law Commission has written model legislation that would require states to inform defendants about the collateral consequences of their convictions before they plead guilty. The proposed bill would also create a way for ex-cons to petition for exemption from such consequences.

An ABA database four years in the making catalogues more than 46,000 restrictions on former felons in states and at the federal level. The database could be used in states that pass laws based on the model law.

So far Vermont has passed legislation based on the model law, but the Vermont lawyer who led the model law effort, Richard Cassidy, expects more to follow suit.