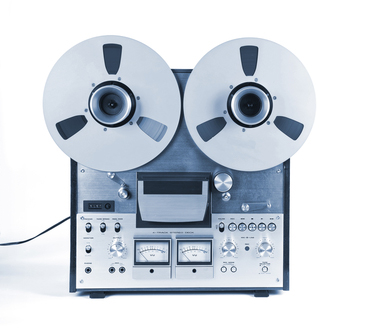 The Hollywood Reporter and the National Law Journal have coverage.

A class of authors of pre-1972 sound recordings had sued CBS Radio in California, alleging it was using their songs without permission or payment. Sound recordings lacked copyright protection before 1972, but the California Legislature has granted authors of pre-1972 songs exclusive ownership of those recordings. A class of those authors, including Al Green, Mahalia Jackson and the Everly Brothers, filed a lawsuit for copyright violation.

A Los Angeles federal court had granted CBS summary judgment, saying the remastered versions CBS was using were independently copyrightable. A three-judge panel of the 9th Circuit disagreed and remanded the case to district court.

“A remastering, for example, of Tony Bennett’s ‘I Left My Heart in San Francisco’ recording from its original analog format into digital format … retains the same essential character and identity as the underlying original sound recording, notwithstanding the presence of trivial, minor or insignificant changes from the original,” wrote Senior Judge Richard Linn of the Federal Circuit, sitting at the 9th by designation.

CBS’s legal team had argued that remastered recordings require considerable work and creative choices about which elements of a song to spotlight or leave in the background. That makes them eligible for independent copyright protection, CBS had argued—and thus, the state claims would be preempted by copyright law. That was a novel argument, the Hollywood Reporter says, and one that would change the game on copyright limitations.

But it’s not legally correct, Linn wrote. The U.S. Copyright Office has said changes in format and work, like noise reduction, is not enough to make a work eligible for an independent copyright. He also cited precedent: a 1997 case about inflatable versions of cartoon characters from cereal boxes and a 2008 case—authored then by Neil M. Gorsuch—about 3D replicas of Toyota vehicles. In both cases, the replicas were not independently copyrightable.

“From the foregoing, it should be evident that a remastered sound recording is not eligible for independent copyright protection as a derivative work unless its essential character and identity reflect a level of independent sound recording authorship that makes it a variation,” Linn wrote.

The claim by ABS Entertainment is one of several filed by authors of older recordings to enforce copyrights in California. The National Law Journal says the summary judgment ruling stymied those efforts, although the Recording Industry Association of America has already come to large settlements with internet radio company Pandora, according to ArsTechnica, and satellite radio provider Sirius XM, the Los Angeles Times reports.

Last year, the Hollywood Reporter said the 9th Circuit had certified one such case—concerning the rock band The Turtles—to the California Supreme Court. where it’s still being considered.