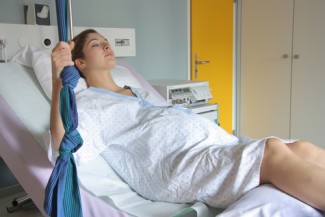 In what is being billed as a question of first impression anywhere in the U.S., a New Jersey judge has held that a woman may ban the father of her unborn child from a hospital delivery room.

Upholding the mother’s right of privacy, Superior Court Judge Sohail Mohammed ruled in February that she is neither required to notify the baby’s father—from whom she is estranged—that she is going into labor nor required to admit him into the delivery room against her wishes, the South Jersey Times reports.

“It would create practical concerns where the father’s unwelcomed presence could cause additional stress on the mother and child,” the judge wrote in his opinion. “Moreover, such a finding would also lead to a slippery slope where the mother’s interest could be subjugated to that of the father’s.”