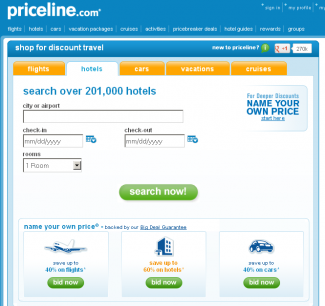 The New York-based 2nd U.S. Circuit Court of appeals ruled Wednesday that Priceline.com doesn’t have a fiduciary duty to tell its customers when it pockets profits from bookings through its “Name Your Own Price” service.

But the unanimous three-judge panel sided with Priceline, holding that while the company is obligated to provide accommodations at the stated sum, customers have no authority over how the reservation is negotiated. The court likened the company to “an intermediary or middleman rifling through its inventory of discounted hotel rooms until it locates an item for which the customer has stated a willingness to pay a specified price.”

The court further held that, “The fact that only Priceline has access to both its algorithm and its particular inventory of discounted hotel rooms does not create a fiduciary relationship with a customer where none otherwise exists.”

Reuters notes that the decision affirms a decision by U.S. District Judge Bond Arterton, of the District of Connecticut, to dismiss the suit.