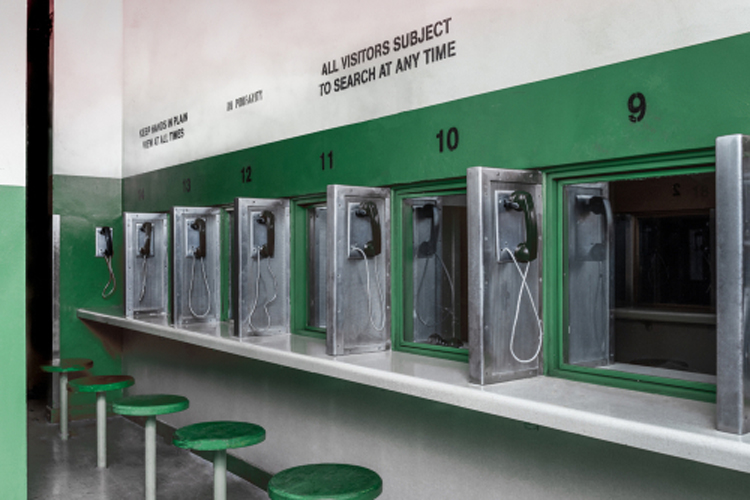 Corrected: The telecommunications company that provides phone services to the Orange County, California, jail system recorded more than 1,000 privileged calls between inmates and their lawyers starting in 2015.

The Los Angeles Times, Huffington Post, and Orange County Register all have coverage.

The Newport Beach Daily Pilot, which is owned by the Times, obtained a letter last week from Global Tel Link, a prison telecom contractor, to Orange County Sheriff-Coroner Sandra Hutchens, saying a ”technical error” was created when the contractor upgraded its system more than three years ago. That led to the recording of 1,079 privileged phone calls, the letter said.

The July 27 letter said 58 of those calls were heard 87 times by staff from either the sheriff’s department or Global Tel Link. The company said it fixed the problem last month and is no longer recording calls.

The information came to light during the trial of Joshua Waring, the son of former Real Housewives of Orange County star Lauri Peterson. Waring, 29, is charged with three counts of attempted murder stemming from a shooting at a sober living home. Waring’s current attorney, Joel Garson, believes his client’s calls were monitored and shared by law enforcement earlier in the case, when Waring was representing himself. It’s not clear whether any calls between Waring and Garson were improperly recorded.

Garson argues that Waring’s case should be dismissed because of outrageous government conduct.

Hutchens released a statement saying she was concerned about the consequences of the discovery and calling for the county’s Office of Independent Review to investigate. A spokeswoman for the Orange County District Attorney’s office, which is the prosecuting agency adverse to the clients who were recorded, said the office is committed to taking any necessary “discovery-related actions.”

“It is our understanding that the Orange County Sheriff’s Department is looking into the matter further to better understand the scope of the issue and will be providing more detail to the court,” spokeswoman Michelle Van Der Linden told the Daily Pilot.

Garson told the Daily Pilot it was difficult to believe that nobody at the sheriff’s department knew about the problem. He believes numerous high-profile cases could be affected.

“Since we know it’s only serious cases that law enforcement is bothering to listen to phone calls about, there’s a good chance the majority of them are serious cases,” he told the newspaper.

Corrected on March 12 to say that Josh Waring was charged with three counts of attempted murder. The Journal regrets the error.