Private probation company pulls out of Georgia, saying it can no longer make a profit 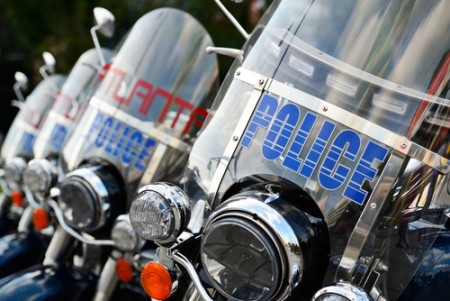 Sentinel—the largest for-profit probation management company in Georgia—pulled out of its contract with the Atlanta Municipal Court in December. It sold more than 50 contracts with other Georgia municipalities in February, the Augusta Chronicle reported. Documents obtained by the Marshall Project suggest that this was a response to new Georgia state laws that forbid private probation companies from jailing people for failure to pay without a hearing, or charging more than three months’ worth of fees when the probationers are only on probation because they couldn’t afford their fines.

“As it now stands, the concept of the probationer as the sole source of revenue for a probation service entity has become politically and fiscally untenable,” the company wrote in a June 2016 proposal to the Atlanta Municipal Court.

Sentinel originally offered an “offender funded” model, where it makes its profits from fees charged to probationers. Those fees are separate from court fines, which are paid to the municipality. The municipality therefore pays little or nothing, and the company makes a profit. However, as the ABA Journal reported in 2014, the probationer often ends up paying far more than the original fine for the criminal offense or traffic infraction.

This can trap offenders in endless cycles of debt, according to John R.B. “Jack” Long of the ABA Young Lawyers Division, who brought up the issue at 2016’s Annual Meeting by moving the YLD’s Resolution 111B. When probationers can’t pay anymore, he said, the company often has the right to jail them. The resolution passed the House easily. The ABA has also condemned the practice in an amicus brief to the Cincinnati-based 6th U.S. Circuit Court of Appeals

The Georgia legislature addressed the issue in 2015 by passing two laws limiting the powers of for-profit probation companies. Within the year, the Marshall Project says, Sentinel began looking for other ways to make money, in part by asking the Atlanta Municipal Court to move from “offender funded” to a system in which the court would pay $25 per probationer. Sentinel invited the court system to increase fines to pay for the change.

That proposal did not succeed, the Marshall Project says, so Sentinel may have tried asking the court to let it charge a “credit card and admin fee,” although the Atlanta courts did not confirm this. A judge did not sign off on this, so Sentinel declined to renew its contract with the Atlanta Municipal Court and began leaving Georgia entirely.

The “reduction in probation supervision fees has resulted in a program that is financially no longer feasible to operate,” Contestabile wrote in an October email. “The program has lost tens of thousands of dollars monthly.”

Neither Sentinel officials nor the Atlanta Municipal Court commented.