'Probably the worst day of my legal career,' says lawyer for Infowars founder in testimony on mistaken revelations 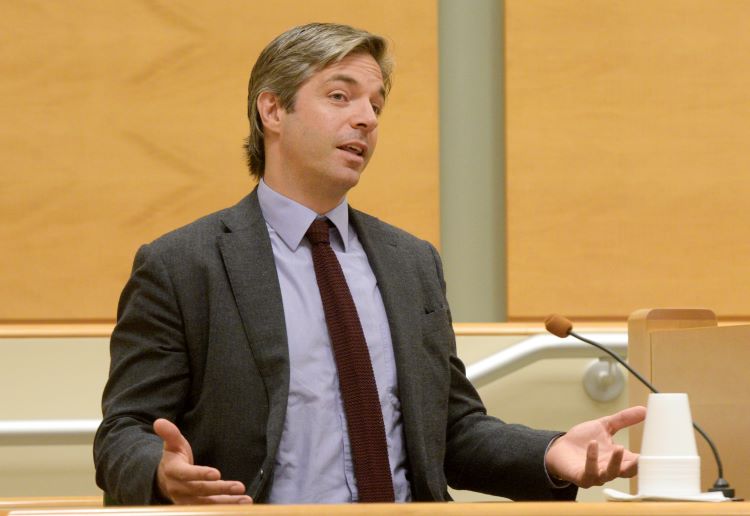 A lawyer for Infowars founder Alex Jones testified in a show-cause hearing last week that the release of confidential medical records to opposing counsel in a defamation trial was due to a wrong link provided by his administrative assistant.

Houston lawyer F. Andino Reynal was surprised during Jones’ defamation trial Aug. 3, when opposing counsel Mark Bankston revealed in court that Reynal had accidentally sent a link to a digital copy of Jones’ entire cellphone. Bankston said the data contradicted Jones’ claims that he didn’t have specific texts relevant to the defamation case.

The link also included confidential medical records for plaintiffs in another case in Connecticut, leading a judge in that state to seek an explanation.

Jones is being sued for defamation in Texas and Connecticut for his false claims that the 2012 mass shooting at the Sandy Hook Elementary School in Newtown, Connecticut, was a hoax. Jurors in the Texas case awarded the defamation plaintiffs $4.1 million in compensatory damages and $45.2 million in punitive damages.

Law.com, Law360 and the Hartford Courant are among the publications with coverage of the Connecticut show-cause hearing before Judge Barbara N. Bellis of the Waterbury, Connecticut, superior court.

Bellis had ordered Reynal and Jones’ Connecticut lawyer, Norm Pattis, to show cause why they shouldn’t be referred to disciplinary authorities or sanctioned by the court for release of the medical records.

Reynal testified in the Connecticut hearing that his assistant sent Bankston a link to the contents of a hard drive that Reynal had uploaded to his law firm’s secure filing system. Reynal said he had received the hard drive from Texas bankruptcy lawyer Kyung S. Lee, who is representing Jones’ company, according to Law360. Reynal had intended for his paralegal to send a secure link to depositions and text messages provided to him by Pattis, rather than the hard drive link.

Neither Lee nor Reynal had examined the contents of the hard drive, they testified. Lee testified that he received the hard drive from a lawyer at Pattis’ law firm. Reynal said he never requested the plaintiffs’ records from Pattis.

Reynal testified that he was stunned when Bankston announced at trial that he had received confidential medical records, and it was “incredibly embarrassing.”

“It was a disaster. It was probably the worst day of my legal career,” Reynal testified, according to Law.com.

Bankston has claimed that Reynal didn’t comply with a Texas “snapback” law on mistakenly transmitted information, and Reynal failed to identify any privileged material. Bankston claimed that he had no legal duty regarding the information.

Reynal said he was hired in March for Jones’ defamation trial in Texas, and he was rushing to catch up.

Pattis refused to testify at the show-cause hearing on Fifth Amendment grounds.

Bellis appeared surprised by the refusal to testify, according to the Hartford Courant.

“This is highly unusual, I would say, at the least, if not unprecedented for an attorney to take the Fifth during a show-cause hearing,” Bellis said.

Bellis asked lawyers to submit briefs on what actions she can take when a lawyer refuses to answer questions related to discipline.