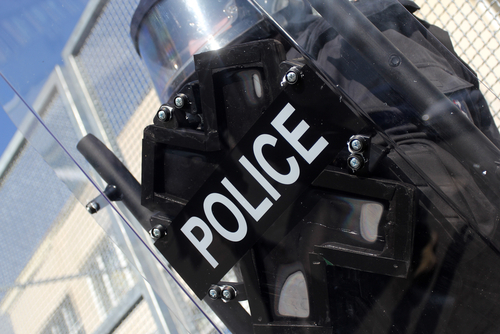 Sessions announced the change at a meeting of the Fraternal Order of Police in Nashville, report the Washington Post, Bloomberg News, the Tennessean and the Guardian. His prepared remarks are here.

Sessions that as a result of Trump’s order, police will not be restricted in their ability to get equipment through federal programs, “including life-saving gear like Kevlar vests and helmets and first responder and rescue equipment like what they’re using in Texas right now.”

The prior restrictions “went too far,” Sessions said.

President Barack Obama had issued an executive order limiting the surplus program in 2015 after police in Ferguson, Missouri, used riot gear during protests, according to the stories. Obama had banned the federal government from providing grenade launchers, armored vehicles that run on tank-like tracks, weaponized aircraft, and specialized firearms. Police had paid only transportation or shipping costs to obtain the equipment, according to the Post.

ABAJournal.com: “Militarization of police has had a profound effect on American law enforcement”