Prominent attorney and wife stabbed in home invasion are identified; lawyer suspects are in custody 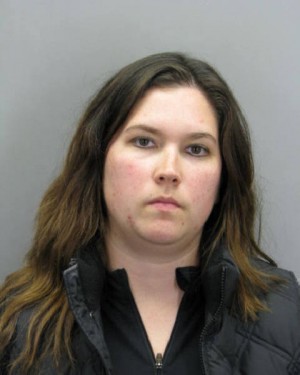 Updated: A law firm managing partner and his wife remain hospitalized after they were stabbed in a home invasion in McLean, Virginia, on Sunday night.

The suspects are lawyers who are husband and wife; one of them worked at the victim’s law firm, the Fairfax Times reports. A prosecutor alleged in court on Friday that the victims were held for hours and “it can only be described as a torture session,” the Washington Post reports.

Police initially refused to identify the victims, but the police account in the Fairfax Times identifies them as Leo and Sue Fisher, both 61 years old. Leo Fisher is managing partner of Bean, Kinney & Korman in Arlington, Virginia.

The suspects are Alecia Schmuhl, 30, and Andrew Schmuhl, 31, of Springfield, Virginia. They are charged with abduction and malicious wounding, and they remain in custody in Fairfax County.

Bean, Kinney & Korman announced the hiring of Alecia Schmuhl as an intellectual property associate in a February 2013 press release, according to the Fairfax Times. A firm spokesman told the newspaper that Alecia Schmuhl recently left the firm.

Both victims were placed in flexible handcuffs, according to the police account recounted by the Washington Post on Friday. Andrew Schmuhl allegedly shocked Leo Fisher with a stun gun and allegedly fired a missed shot at Sue Fisher. Alecia Schmuhl says she waited outside and did not know her husband’s plans, WJLA reported on Friday.

Police arrested the Schmuhls a short time after they broadcast a vehicle lookout based on information provided by the victims. In court on Friday, Fairfax County Commonwealth’s Attorney Raymond Morrogh said Alecia Schmuhl was driving the car and led police on a four-mile chase before she was stopped.

Inside the car, Andrew Schmuhl was wearing nothing but a diaper, Morrogh said. Bloody clothing, a Taser and a gun were also allegedly found in the car.

Bar records indicate that Andrew Schmuhl is a former judge advocate in the U.S. Army.

Publications with initial coverage of the incident included the Washington Post, WUSA9, NWI.com and Above the Law.

Updated on Nov. 14 to include information from the Washington Post and WJLA published on Friday.