Prominent Indiana lawyer is shot and killed; client in civil case is a suspect 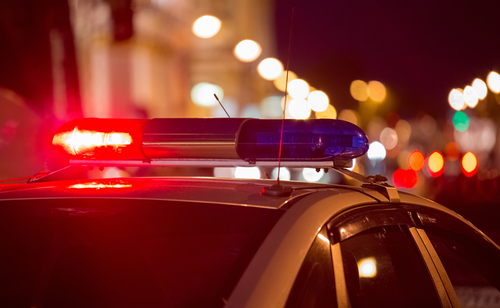 A prominent lawyer was shot and killed at his Indiana home on Wednesday and police have arrested an 83-year-old man in connection with his death.

The slain lawyer is 64-year-old Tracy Edward “Ted” Page of Hobart, Indiana, a lawyer with Thiros & Thiros in Merrillville, Indiana, report NWI.com, the Chicago Tribune and the Reno Gazette-Journal.

The suspect, whose name has not been released, was a client in a civil case.

The suspect had gone to Page’s home to collect some documents, police said. Police went to the home after a report of shots fired shortly before noon on Wednesday. The suspect was arrested at the scene.

Page’s husband had tackled and disarmed the suspect, police said. Charges have not yet been filed, and police didn’t release a motive.

Page was the first criminal court commissioner in Lake County, a position later called a magistrate judge, NWI.com reports in another story. He still worked part-time as a traveling senior judge, taught classes at the National Judicial College in Reno, Nevada, and handled cases for the public defender’s office in Lake County.

Page had planned to retire from public defender work at the end of the month. He planned to spend more time as a senior judge and as a teacher at the National Judicial College, according to Lake County Public Defender Marce Gonzalez Jr., who spoke with NWI.com. Page had taught at the judicial college since 1996, and he became a regular faculty member this year.

Lawyers who knew Page said he was a stickler for details, had an encyclopedic memory and was passionate about the law.

Defense lawyer Tom Vanes told NWI.com that he began his career with Page in the Lake County Prosecutor’s office. “Ted had a larger than average impact on the criminal justice system,” Vanes said. “There are things done in criminal cases that are done that way because Ted did it that way.”