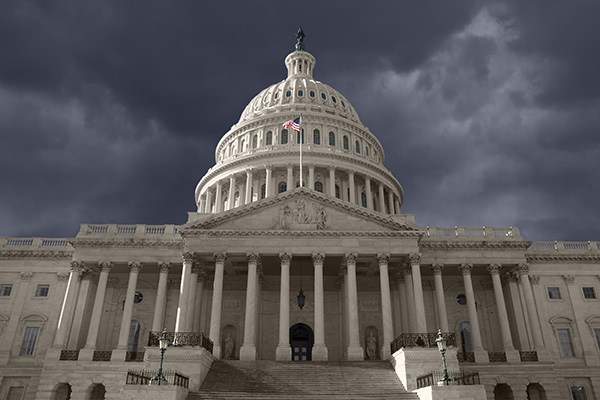 The U.S. House of Representatives subcommittee responsible for appropriating money for the Department of Justice has released its proposed budget for fiscal year 2018.

The Department of Justice would see an increase of $349 million over fiscal year 2017, with the bulk of that increase being allocated to the FBI, Drug Enforcement Administration and Bureau of Alcohol, Tobacco, Firearms and Explosives, according to a press release. Priority for the additional DEA funding would be given to anti-opioid programs and drug enforcement efforts.

“As we see on the news nearly every day, our nation is facing increased threats here at home,” said House Appropriations Chairman Rodney Frelinghuysen, a Republican from New Jersey. “Federal law enforcement is essential to fighting these threats, protecting our people, and making sure that all those that do harm are brought to justice. This bill increases funding for law enforcement—making sure they have the resources they need to fight crime and terrorism.”

The proposed appropriations bill from the Subcommittee on Commerce, Justice, Science and Related Agencies would cut $2.6 billion compared to fiscal year 2017, but its budget of $54 billion is $4.8 billion higher than the one proposed by the Trump administration, according to the press release. The subcommittee is responsible for developing budgets for the Departments of Commerce and Justice, NASA, the National Science Foundation, and other related agencies and grant programs, including the Legal Service Corp. If the subcommittee’s appropriations bill is approved by the House, it will move to the Senate, where additional markups are possible.

If this bill is not amended, then the Legal Services Corp.—which is the largest source of legal aid funding in the country—would see its budget slashed by 24 percent. While it is not the complete defunding recommended by the Trump administration’s budget, it would allocate only $300 million for fiscal year 2018. ABA President Linda Klein had asked Congress to preserve and increase LSC funding for 2018. The ABA has been lobbying for the LSC’s survival since President Donald Trump announced his proposed budget cuts.

Klein released a statement after the bill was made public, expressing disappointment in the proposed funding levels. “The ABA, which represents more than 400,000 members, urges the Senate to increase this funding amount to the $527.8 million requested by LSC so they can better fulfill the pledge of equal justice under law,” she said. “More than 30 cost-benefit analyses have demonstrated the substantial cost-efficacy of the program, so it is money well-spent.”

The House proposal would “result in more people shut out of legal representation when the number of Americans eligible for help (income for a family of four less than $30,750) is at an all-time high of more than 60 million,” Klein said.

Martha Bergmark, a former LSC president, says she is extremely concerned about the proposed cut to a vital organization which has already experienced previous funding losses. She sees a “wretched disconnect” between the proposed funding cut and the legal needs of Americans. Bergmark points to a University of Chicago study commissioned by the LSC and released earlier this month, which found that 86 percent of civil legal problems reported by low-income Americans in the past year were not addressed with adequate or professional legal help.

“These are real losses for people seeking to get out of abusive relationships, for veterans trying to apply for benefits, or for people in danger of losing their home to foreclosure,” Bergmark said.

Bergmark praised the efforts by various organizations of lawyers and judges to send group letters in support of LSC funding. But she says that she also hopes that individual lawyers will also reach out.

“There’s no substitute for picking up the phone or dropping a letter in the mail to your own representatives; there’s just no substitute,” Bergmark said.

Also in the bill is additional funding for the Executive Office for Immigration Review. The $64.5 million increase would allow for 65 additional “immigration judge teams” to decrease the immigration court backlog and process immigration reviews more quickly.

The increased funding for immigration courts and an extra $82 million allocated for the U.S. Marshals Service “to support an increased detainee population from more vigorous violent and immigration crime enforcement initiatives” may be a bellwether for the level of funding the U.S. Customs and Border Protection will see. But the CBP falls under the Department of Homeland Security, and the homeland security appropriations bill has not yet been released.