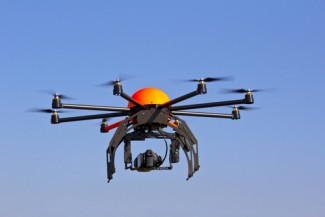 Apparently setting the stage for stricter enforcement against commercial drones and other unmanned small flying machines used in business operations, the Federal Aviation Administration has drafted new rules for “model aircraft” and is inviting public comment.

Its interpretation (PDF) of the FAA Modernization and Reform Act of 2012 provides specific examples of what does, and does not, qualify as model aircraft exempt from more stringent regulation. Broadly excluded are virtually all business operations, such as delivering packages for a fee, taking photos for real estate listings or to determine if crops need watering, and demonstrating flying machines for pay.

Even “free” shipping is excluded, if a business offers the service in connection with the sale of merchandise, the San Francisco Chronicle notes.

However, taking photos for personal use and hobbyist activities such as participating in a flying club comes within the definition of model aircraft use. The FAA doesn’t provide examples concerning law enforcement and military activities, and it’s not immediately clear how they might be affected by the new rules.

The proposed new rules, published Monday in the Federal Register, follow a ruling earlier this year by a federal administrative law court. It said the FAA’s position that commercial drones are illegal is invalid because applicable rules were developed without public input, Ars Technica’s Law & Disorder blog reports.