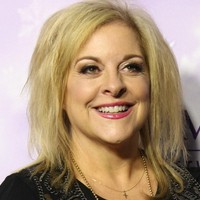 A defense lawyer in Tacoma, Washington, contends in a bar complaint that the local prosecutor violated ethics rules by appearing on HLN’s Nancy Grace television show to discuss a murder case during the trial.

The complaint is one of three recently filed with the bar association against Pierce County Prosecutor Mark Lindquist, the Tacoma News Tribune reports. A separate story with the News Tribune takes an in-depth look at the Nancy Grace allegations.

Anyone can file a complaint. The office of Disciplinary Counsel decides whether to investigate. A lawyer for Lindquist says the complaints are baseless and politically motivated.

Defense lawyer John Cain alleges in the complaint that Lindquist commented on the guilt of murder defendant, Skylar Nemetz, who maintained he accidentally shot and killed his wife.

The bar complaint highlights this exchange from a transcript of the Feb. 16, 2016 show, which occurred days before jurors reached a verdict:

Lindquist: And that’s the whole question. Was this an accident? Was it intentional? And that’s why the defendant’s experience with firearms is critical to the case. But it’s not just that physical evidence, it’s the behavior afterwards.

Lindquist: The defendant never called 911. He never called for help. He seemed more focused on cleaning up the scene, disposing of the liquor bottles …

Lindquist: … than getting help. And it’s his actions combined with his statements…

Lindquist: … and his experience with firearms that add up to murder, rather than accident.

A judge refused the defense’s motion for a mistrial, and Nemetz was convicted of manslaughter.

The other recent complaints claim Lindquist retaliated against two sheriff’s deputies because he had disputes with them (it was filed by the sheriff’s guild), and made public statements implying a harassment defendant had mental health issues (the complaint was filed by the defendant after charges were dismissed).