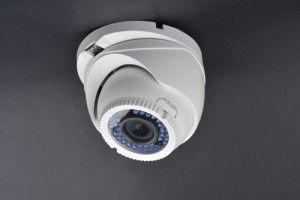 Prosecutors obtained video recordings of lawyers meeting with their prisoner clients that were made by the Corrections Corporation of America and turned over in response to a grand jury subpoena, testimony revealed at a hearing before a federal judge last week.

U.S. District Judge Julie Robinson ordered (PDF) prosecutors to turn over the video to the court and ordered a stop to video and audio recordings of attorney-client communications at prisons in her district, report KCUR and KAKE. She is also considering the appointment of a special master to look into the matter.

The recordings turned over to prosecutors did not include audio, but they nonetheless “provoked outrage among criminal defense lawyers, who say it strikes at bedrock principles of due process and the right to counsel,” according to the KCUR story.

Private lawyer Jacquelyn Rokusek learned of the recordings after federal prosecutors informed her that the video recordings revealed she had a conflict of interest. Rokusek told the Federal Public Defender about the recordings, made at the Leavenworth Detention Center, leading to the emergency hearing before Robinson.

Robinson said in the order that she had heard evidence that Leavenworth records inmates’ outgoing phone calls unless the inmate informs Leavenworth that he or she is placing a call to counsel. Robinson said she also heard evidence that other detention facilities housing federal inmates in Kansas and Missouri “record phone, video and/or face-to-face communications between attorneys and their clients.”

A spokesperson for Corrections Corporation of America told KCUR that video recordings of attorney-client meetings, without audio, are a standard practice throughout the country. The recordings are made to help protect security.