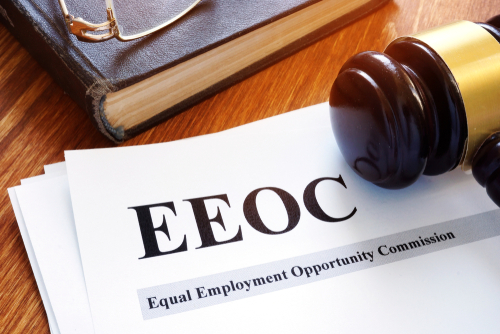 The Equal Employment Opportunity Commission has filed a lawsuit claiming that the Defender Association of Philadelphia discriminated against a public defender who experienced mental health issues partly from representing sex offenders.

The suit, filed April 26 in federal court in Philadelphia, claims that the association violated the Americans with Disabilities Act when it failed to provide a reasonable accommodation to the lawyer, Megan Perez. Law.com has coverage.

Perez had been diagnosed with major depressive disorder and post-traumatic stress disorder in August 2017. The symptoms were caused, in part, by her work on behalf of sex offenders, the suit says.

Perez began work as a full-time staff attorney for the Defender Association of Philadelphia in 2007. She rotated through most of its divisions. In July 2012, she became an assistant supervisor in a section in which she also defended juveniles charged with sex offenses, according to the suit. She was promoted to supervisor the next year, then assigned to sexual violent predator cases in 2014.

Perez was transferred back to supervisor of the juvenile sex offense section in April 2017. She began therapy about three months later and took a medical leave of absence.

After Perez protested, her supervisors said she was being terminated because they viewed her therapist’s recommendations as not containing a definitive return date.

The Defender Association of Philadelphia did not offer Perez a transfer or a reassignment to a vacant position as an accommodation, the suit alleges.