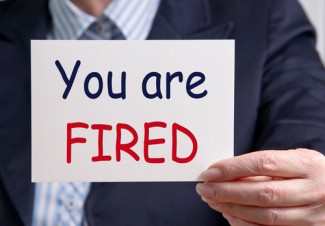 An assistant public defender who gave advice and made “critical decisions” on about 80 cases has been fired after a judge discovered she did not have a law license.

Miller was hired in October. A judge discovered she didn’t have a law license when he checked an Illinois database of lawyers for a court reporter who wanted to know how to spell Miller’s first name.

Rekowski said Miller failed the bar exam twice. She is a graduate of Valparaiso University in Indiana and Southern Illinois University at Edwardsville, according to the Edwardsville Intelligencer.

Rekowski said Miller lied about being a lawyer when he hired her in October, according to the Belleville News-Democrat coverage. “I have hired I don’t know how many people over my 35 years. I have never asked to see a law license,” he said. “I’ve never been lied to about it. … I just had no reason to ever think that anybody would do this. The big lie sometimes is better than the small one.”

Rekowski said he would begin requiring proof of a law license in the future.

Rekowski said no prosecutors or staff members had complained about Miller’s work. Miller had worked on plea bargains, mostly in felony cases, and none were violent felonies.

The open cases have been reassigned, according to Rekowski. And everyone who has a closed case that was handled by Miller will be contacted, so the public defender’s office can go over their options with them, he said.