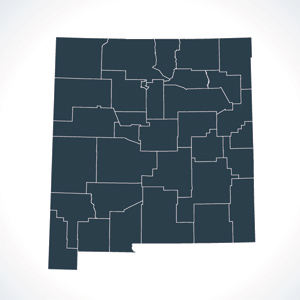 New Mexico’s chief public defender has been found in contempt of court and fined $5,000 for refusing to provide lawyers to represent criminal defendants in five cases because of his office’s high caseloads.

Judge Gary Clingman of Lea County imposed a fine of $1,000 for each case, but said he would lift the sanction if the PD’s office provided lawyers, the Santa Fe New Mexican reports. The newspaper says the judge’s action “represents the clearest consequence yet of a funding crisis” for the PD’s office that has been years in the making.

The District Attorney for Lea County, Dianna Luce, says the Office of Public Defender has sought to withdraw from more than 200 cases in the county, the Associated Press reports. Luce has asked the New Mexico Supreme Court to order the office to provide representation. “What we’re seeking is for the public defenders to do their statutory duty,” she said.

Chief Public Defender Ben Baur acknowledged that state statute requires public defenders to appear in cases upon a judge’s orders. But he told the Santa Fe New Mexican that his office also has an ethical duty to provide “effective and constitutional representation,” and the office is struggling to do that in areas where caseloads are high.

“We could be effective with more money or fewer cases,” Baur told the newspaper, “but there are only so many ethical hours our attorneys have to represent our clients. At some point we can no longer do more with less.”

Bauer’s predecessor had sought a budget increase of almost $44 million for the office, which amounted to about a 90 percent budget increase, according to the Santa Fe New Mexican. Lawmakers instead increased the PD budget by about $654,000 for fiscal 2017 and provided $200,000 in supplement funding for the fiscal year that ended in June. According to the newspaper, the state has suffered economically from the downturn in the oil and gas industry.