The British airwaves have long been a source of inspiration for American-based production companies. After all, popular American shows like “All in the Family,” “American Idol” and “The Office” all originated on the other side of the Atlantic.

Now, Los Angeles-based production company GRB Entertainment is aiming to bring over a British legal show that gives regular people access to the justice system. GRB is producing an American version of the BBC television show The Legalizer, and is sorely in need of a lawyer who can serve as the host and face of the show. The host’s main duty will be to guide individuals through often difficult and confusing legal processes and discuss their legal options, so that they can stand up for their rights.

The ABA Journal spoke with Jean Shi, vice president of development & co-executive producer at GRB Entertainment about the show and what she and the production team are looking for in a host. (Her responses have been edited for clarity and length.) 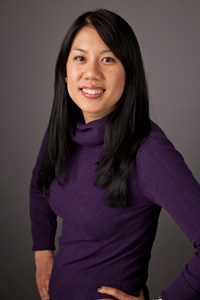 Jean Shi: From a business standpoint, “makeover-type shows” have been very successful in the United States, such as Kitchen Nightmares or Bar Rescue. We’re always looking for different aspects of everyday people’s lives that can fit into a makeover type show. No one has really tried it with law—because it’s not really accessible, yet it’s necessary for people’s everyday lives. For the American version, the tone will be similar [to the UK version]. This show will help everyday people who don’t have the knowledge or resources that attorneys or more fortunate people have regarding the law.

Q: What kind of lawyer are you looking for to host the show?

Shi: We’re looking for someone who has a really charismatic personality and is really accessible. In general, we’re not looking for someone who has a ton of media experience, but we do want someone who is comfortable on camera. Most importantly, we want someone who can really relate to people from all different walks of life. Essentially, this person should be able to go into a bar and be the person everyone wants to have a beer with. It’s not necessary for the lawyer-host to have a lot of experience since we’ll have additional legal consultants behind the scenes. Nor is necessary for the host to be actively practicing law.

Q: Why hire a lawyer to host? Why not hire a well-known actor to host the show, but then have several lawyers work with the claimants?

Shi: We’re striving for legitimacy. When you see Gordon Ramsay on Kitchen Nightmares or Jon Taffer in Bar Rescue, they have firsthand knowledge and expertise. The public wants to believe they can trust someone. If we were going to get a regular host, it would lose that legitimacy.

Q: What’s the format of the show? Is the lawyer-host supposed to represent people in court? Or train them to go into court themselves?

Shi: Going to court is not really the purpose of the show. The host’s role is to serve as an educator, adviser and advocate. For television purposes, they’re not giving “legal advice,” just educating them as to their options. It’s like making over a restaurant where someone like Gordon Ramsay will critique the menu or tell them to move certain fixtures. The host will look at each case individually and figure out the most successful plan. Whether it’s a business dispute or a contract that went wrong, the host will look at the whole picture and advise individuals on their rights and legal options and what steps they must take to get justice.

Q: The British show centers around individuals who have been swindled or have been victims of some sort of fraud. Is that going to be the focus of the American show? Or will it have a more general scope?

Shi: Fraud will be one area that the show focuses on. However, the show will focus on all kinds of cases. It could be a small claims case for $2,000, or a major case with $2 million at stake.

Q: What network will the show air on? Or is that still to be determined?

Shi: That remains to be determined. The person we hire to be the host will be the face of the show, and will likely be a factor in what network we end up on. Every network has a specific demographic and look, so it depends on who we find.

Edited at 10:48 a.m. to correct a misspelling in the caption.