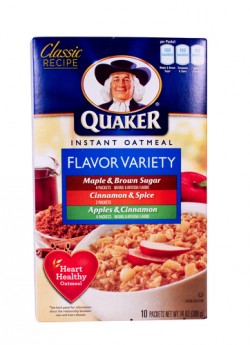 Quaker Oats has agreed to remove trans fats from its Oatmeal to Go and Instant Quaker Oatmeal products as part of a lawsuit settlement that doesn’t include money for those who are not name plaintiffs.

Quaker Oats will pay up to $760,000 in attorney fees and estimates it will cost $1.4 million to reformulate the products, report the National Law Journal, Courthouse News Service and BakeryandSnacks.com.

Only the name plaintiffs will get a monetary recovery; they will receive $750 each, the National Law Journal says. In a joint motion, the parties argued that the value of each individual claim would be small, and a large part of any common fund would be spent sending low-value checks to class members.

Quaker Oats said in a statement it denies the allegations and legal claims in the suit, but the company wants to put the litigation behind it so it can focus on “making great-tasting products that consumers have come to love and trust for more than 135 years.”