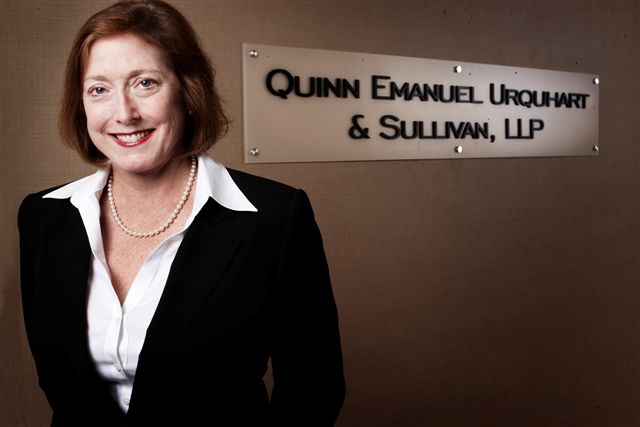 Partner John B. Quinn announced today that it’s changing its name to add its appellate chair, Kathleen Sullivan, as a name partner to the firm which is now known as Quinn Emanuel Urquhart & Sullivan.

“Kathleen Sullivan would be on anyone’s list of the top three or four advocates practicing in the United States today,” Quinn said in a press release (PDF).

Sullivan is a professor and former dean at Stanford Law School who has been at Quinn Emanuel since 2005. Last year, Sullivan was also considered by scholars and others as a potential U.S. Supreme Court nominee. (In 2008, the ABA Journal wondered if President Obama would tap her as solicitor general.) She’s won her last two cases before the U.S. Supreme Court and argued three others.

“I am thrilled to have been added to the name of this unique and magnificent law firm,” Sullivan said in the press release. “My colleagues at Quinn Emanuel combine legal brilliance, energy and creativity in a way that consistently produces rare and remarkable results for our clients. I am deeply committed to our firm’s litigation practice, and look forward to our continued growth.”

Updated March 12 to indicate that Sullivan is a Stanford Law School professor.

Previous:
After a Disappointing Year, Howrey Plans to Axe Up to 10% of Its Partners