Race and gender bias is rampant in law, says new report that also offers tools to fight it

Cover page of the survey: “You Can’t Change What You Can’t See: Interrupting Racial & Gender Bias in the Legal Profession.”

A new report details the endemic bias women and minority lawyers continue to face compared to their white male counterparts, but it also offers some tools to disrupt the status quo.

“You Can’t Change What You Can’t See: Interrupting Racial & Gender Bias in the Legal Profession,” based on a 2016 survey of 2,827 in-house and firm attorneys, says current efforts to advance women and minorities have largely failed, and bias and discrimination—explicit and implicit—persist.

The survey was conducted by the Center for WorkLife Law at the University of California’s Hastings College of the Law in San Francisco on behalf of the ABA Commission on Women in the Profession and the Minority Corporate Counsel Association.

“The implication of this report is that women and people of color have been invited into these high-stakes, high-status workplaces, like the law, but often are expected to play a very specific role,” says Joan C. Williams, a professor at Hastings and founding director of the Center for WorkLife Law. “They have to prove themselves more than white men, and are often expected to be worker bees who don’t grab the limelight or the highest compensation. And the same mistake can be more costly for a woman or person of color than the identical mistake for a white man.” 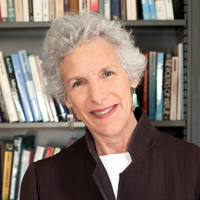 In the survey, women of color reported the highest level of bias, with 63 percent affirming they had to go “above and beyond” others in the workplace to receive the same recognition as colleagues, and 67 percent stating they were held to higher standards than colleagues. Nearly 70 percent said they were paid less than their colleagues with similar experience and seniority, compared to 36 percent of white men. White women also reported high disparities in compensation, with 60 percent responding they were paid less than similarly situated co-workers.

In contrast, 81 percent of white men felt they had equal access to high-quality assignments, and 75 percent believed they have been given fair opportunities for promotion. Study authors also note that men of color were subject to some of the same biases as women. For example, white men felt much more free to express anger at work than any other group, including minority men.

In addition to gender bias, the report also documents sexual harassment at work, a topic that’s gained awareness and national attention but continues to affect women at all levels in every industry. One quarter of female lawyers said they had encountered some form of unwelcome sexual advances or harassment at work, and 70 percent said they’ve dealt with sexist comments, stories and jokes.

The report outlines four major patterns of systemic bias in the workplace: With Prove-It-Again, women and people of color are expected to work harder than their peers to prove themselves as equal. Tightrope describes the balancing act women and minorities often perform, and the pressure to fit into a narrow range of expected conduct, such as behaving in a more feminine manner, not showing anger or aggression, and doing more administrative tasks on the job. Maternal Wall illustrates the well-documented bias against women lawyers with children. For example, white women reported the highest level of questions about their commitment or competence after having kids—36 percent higher than white men. Lastly, Tug of War describes the conflicts disadvantaged groups may have internally as a result of implicit bias in their environment.

“It confirms a lot of what we thought and some even worse,” says Jean Lee, president and CEO of the MCCA. “But certainly whenever you have research and evidence to back up what you believe about some of the challenges for women, people of color, those with disabilities, sexual orientation—it addresses concerns across the board. I hope that for institutions, it gives them something to think about.”

“None of this was a surprise to me—all of it, the good the bad and the ugly,” Lee says. “We’ve done a lot of research in different states, and this is probably one of the most groundbreaking research studies we’ve embarked on.”

The report includes a Bias Interrupters Toolkit offering incremental steps that “tweak basic business systems to produce measurable change in behaviors and outcomes” through an “evidence-based, metrics-driven” approach to interrupting bias. The research was developed for law firms and in-house departments by the Center for WorkLife Law.

“This study was envisioned several years ago, first and foremost by former commission chair Michele Coleman Mayes,” says Stephanie Scharf, chair of the ABA Commission on Women in the Profession and founding partner at Scharf Banks Marmor LLC. “This is an unusual study, and an essential study, because it pulls together a focus on metrics and a focus on practical ways to use metrics to address the problems that exist in advancing women in the profession.”

“Another part of this study that’s very important to underscore is: If at first you don’t succeed, try again, and repeat as needed,” says Scharf, who also co-chairs the ABA initiative on achieving long-term careers for women in law. “All too often employers start programs, but they don’t keep it up, sometimes because the first effort at change does not work. The focus here is when you need change, try to get it done. You may want to have pay equity—the question is how does it get done. You may not figure it out the first time around. Adjust and keep going until you reach your goal.”

“The solution is to interrupt bias in business systems so you stop constantly transmitting bias in hiring, assignments, performance evaluations,” Williams says.

Lee acknowledges that diversity work is a long process, but says the toolkit “will give you some quick tips to implement in your department or law firm. This will hopefully get the momentum started.”

ABA President Bob Carlson said in a news release that the report paints a stark picture. But “the remedies it suggests—using metrics to encourage fairness—will lead the way to better employment practices and greater diversity, which will benefit the entire legal profession and our clients.”

Updated at 2:50 p.m. to add quotes from Stephanie Scharf and Jean Lee.