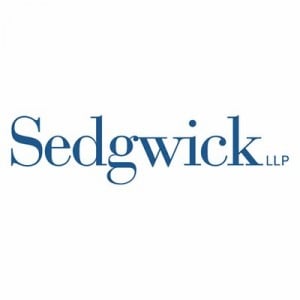 Four partners are among a dozen lawyers leaving Sedgwick to join Robinson & Cole in New York and Miami.

“Reeling” Sedgwick has lost more than 30 partners this year the Am Law Daily (sub. req.) reports. Its headcount has dropped by more than 20 percent in 2017. The firm laid off staffers in June.

Among those moving to Robinson & Cole are two high-profile New York partners, according to the article. They are Lawrence Klein, who advises insurers on complex insurance coverage issues, and Michael Bernstein, a litigator handling cases employee health care and benefit plans.

Robinson & Cole managing partner Stephen Goldman told the Am Law Daily the additions will diversify his firm’s insurance practice, which he expects will pick up cases related to Hurricane Harvey.

The defections “will put a large dent” in Sedgwick’s New York office, cutting the number of lawyers from around 27 to about 16, according to the article. Sedgwick has recently closed offices in Washington, D.C.; Fort Lauderdale, Florida; Houston and Austin, Texas.

Sedgwick managing partner Michael Healy said in June that, although Sedgwick had experienced some departures, it had also brought new lawyer groups on board “that align with our strategic growth initiative.”