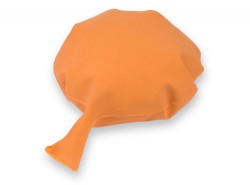 After the Smoking Gun called attention to an unusual reprimand letter accusing a Social Security Administration employee of misconduct for continuously passing gas, thus creating a hostile work environment, the agency has seen fit to clear the air and withdraw the action.

The five-page letter sent in early December accused the 38-year-old Baltimore, Md., worker of “conduct unbecoming a federal officer” for passing gas more than 60 times over a 12-week period. The letter details the dates and times of the alleged flatulence. When the worker offered to turn on a fan, a supervisor responded that a fan would only make matters worse by spreading the odor.

In a story about the letter being rescinded, the Washington Post noted, “It’s hard to keep a straight face on this one, but it’s worth mentioning as one of the strangest cases of alleged misconduct we’ve seen.”