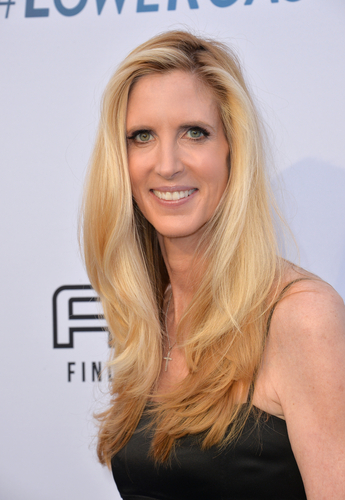 Updated: After two recent protests that turned violent, the University of California at Berkeley said they thought it would be safest to cancel and then reschedule a talk by conservative pundit Ann Coulter.

But according to the Los Angeles Times and the Washington Post, the Berkeley College Republicans and national conservative group Young America’s Foundation allege in a lawsuit filed Monday that the new date is a “sham” intended to suppress free speech. By rescheduling the speech for a week when students are normally cramming for finals, a midday time slot and an off-campus venue, the lawsuit says, administrators are trying to suppress Coulter’s views.

“Defendants freely admit that they have permitted the demands of a faceless, rabid, off-campus mob to dictate what speech is permitted at the center of campus during prime time, and which speech may be marginalized, burdened, and regulated out of its very existence by this unlawful heckler’s veto,” the complaint says. “Defendants have employed a purposeful and concerted effort to stifle the expression of conservative viewpoints on campus.”

The dispute centers around the timing of the speech. Originally, Coulter was to speak Thursday, April 27, but as the Los Angeles Times noted earlier, the university canceled it, citing concerns about violence. Berkeley has seen violence at protests several times in recent months. The most recent was April 17, when a protest degraded into a street fight and a video of avowed white supremacist Nathan Damigo punching anti-fascist demonstrator Louise Rosalma went viral, as KPIX reported at the time. An earlier protest, tied to the cancellation of a speech by conservative provocateur Milo Yiannopoulos, resulted in fistfights, arson and property damage.

In its April 19 story, the Los Angeles Times reported that a university spokesman said campus police were worried about further violence. At the time, university administrators told the Berkeley College Republicans that they’d like to reschedule the talk for September. They later offered Coulter a slot on May 2, a week after her original scheduled appearance.

But that slot is during a slow week when students are normally studying for finals, the lawsuit says—and the venue is far enough off campus that students would generally take a shuttle bus to get there, according to PBS NewsHour. The lawsuit also raises objections to the midday time slot offered to Coulter the second time around. The Los Angeles Times says documents filed with the lawsuit show that university police had recommended the event end by 3 p.m., and that the university had agreed with Berkeley police that high-profile speeches would take place during the day.

The complaint says this has been selectively enforced; it notes that former Mexican President Vicente Fox Quesada spoke on campus at 4 p.m. April 17, and former Clinton administration official Maria Echaveste spoke at 6:45 p.m. the same day, both on campus. It seeks an injunction against “a recently adopted, unwritten and unpublished policy that vests in University officials the unfettered discretion to unreasonably restrict the time, place, and manner of any campus event involving ‘high-profile speakers.’”

A university spokesman told the Times that there is no such policy.

The Washington Post reported Wednesday that the Young America’s Foundation canceled Coulter’s speech, “ordering her not to go to the Berkeley campus.” The post cited an email they received from Coulter.

“UC-Berkeley blocked every effort to provide a venue required to sponsor an educational event with Berkeley students,” Spencer Brown, a spokesman for Young America’s Foundation told the Post in an email. “At no time was there ever a space or lecture time confirmed for Ann to speak …If we had a hall, or even a room, we would have proceeded.”

Updated at 2:15 p.m. to note Coulter’s speech was canceled by the Young America’s Foundation.