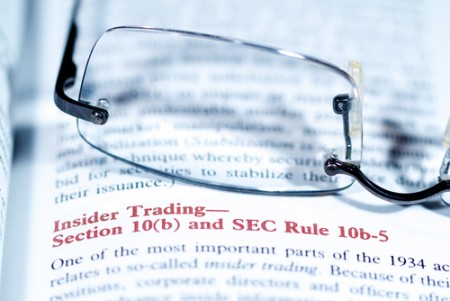 A research scientist pleaded guilty to securities fraud Monday for trading on information about a corporate acquisition that he had learned about through his wife’s legal work at Linklaters.

Fei Yan, a research scientist at the Massachusetts Institute of Technology, stressed that his wife, Menglu Wang, had no knowledge he was trading on the information, Law360 (sub. req.) reports. Wang was working as a Linklaters associate at the time; she is no longer with the law firm. Reuters also has a story.

“My wife, Menglu Wang, had no knowledge that I misappropriated or traded on the basis of this information,” Yan said. “I knew what I was doing was wrong and I am deeply sorry, especially to my wife.”

Yan pleaded guilty in connection with allegations that he made about $110,000 by illegally trading in options to buy the stock of the Stillwater Mining Co. A Linklaters client was in negotiations to buy Stillwater.

According to a July press release, Yan and his wife had “a history, pattern and practice of sharing confidences.” Yan and his wife were in frequent phone contract when she was working on the potential deal.

Yan had conducted internet searches about insider trading, including a search asking how the Securities and Exchange Commission detects unusual trades, prosecutors say.

Wang’s lawyer, Wayne Gosnell, told Law360 that “today’s proceedings demonstrate what Menglu has said all along—that she is completely innocent. She looks forward to moving on from this and returning to her legal career.”