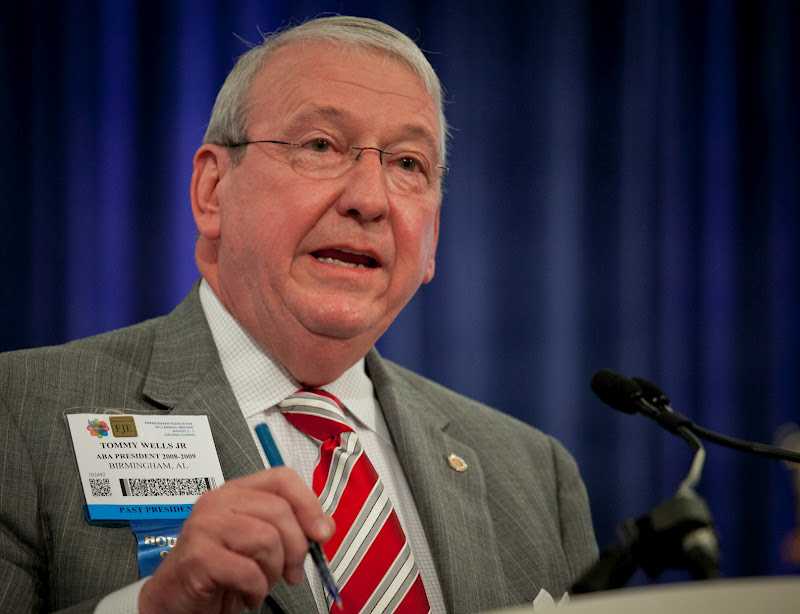 A resolution asking the ABA House of Delegates to reaffirm its stance against nonlawyer ownership of law firms was so controversial that 92 people filed so-called “salmon slips” asking to speak for or against it.

Just four people rose to give their views on Monday before the House voted to postpone the resolution indefinitely.

The ABA Commission on Ethics 20/20 had considered proposals to allow nonlawyers to have some form of limited ownership in law firms, but decided to shelve the idea this spring. That left intact a 2000 House policy that says ownership or control of law practice by nonlawyers is inconsistent with the core values of the legal profession.

The House was asked to reaffirm the policy in Resolution 10A. “Substantial media attention has been placed on the Commission’s activities,” according to the report supporting the resolution. “Among other things, this attention may have created the perception that the ABA is going to change its Model Rules to permit fee splitting and nonlawyer ownership of law firms. … The American Bar Association should wait no longer to make it clear to the public that this is not going to happen.”

Illinois State Bar Association President John Thies spoke in the House in support of the resolution. “Resolution 10A was filed and is now being debated because members of the profession across the country are concerned that we are seeing a movement to multidisciplinary practice by another name,” he said.“We are not sticking our heads in the sand but are standing on core principles that have served our clients well in the past and will continue to do so in the future.”

Former ABA President H. Thomas Wells Jr. spoke against the resolution, saying he could sum it up in one word: “insidious.” He said the measure sends a “chilling message” to the Ethics 20/20 Commission to stop debate. The commission is continuing to examine the “wide open” issue of choice of law, he said, and deserves further consideration. The issue arises in the context of fee-sharing arrangements between lawyers and nonlawyers in firms with offices in jurisdictions with differing rules on nonlawyer ownership. Washington, D.C., allows a limited form of nonlawyer ownership, and it’s becoming more common in foreign jurisdictions such as Australia, Canada and the United Kingdom.

But Lawrence Fox, a member of the House of Delegates from Philadelphia who was speaking for himself, said the choice of law issue could pave the way to recognition of nonlawyer ownership of firms where it is permitted. “We are exporting our standards, not importing the lowest common denominator from some other country,” he said.