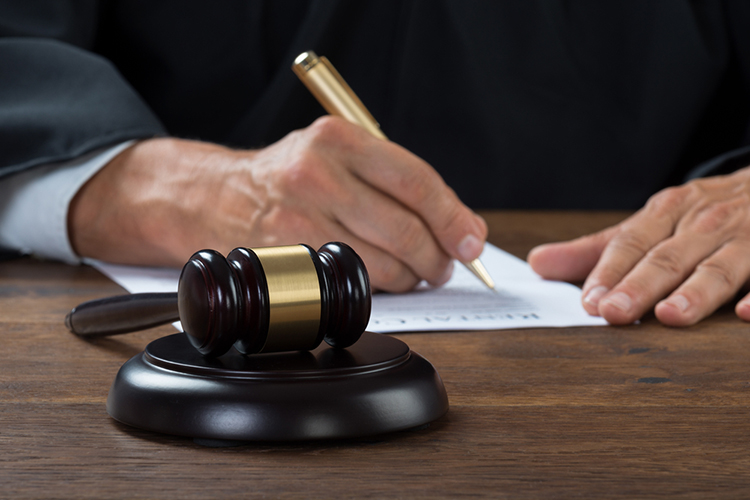 A retired judge in Iowa failed to notify opposing parties in at least 13 cases that he was using proposed rulings written by lawyers, according to a review of his decisions released Friday.

The review was prompted by former Judge Edward Jacobson’s admission in a deposition that he sought rulings ghostwritten by lawyers in probably a couple hundred contested cases during his 16 years on the bench, report the Des Moines Register, Radio Iowa, the Sioux City Journal and the Associated Press.

Most of the 13 rulings were in family law cases, though some were in other civil cases, the review found. The vast majority of his cases “were resolved in an appropriate manner,” according to the report.

Jacobson, a judge in Plymouth County, said in the deposition that he asked for proposed rulings from lawyers for all parties if anything is still contested or still to be heard. But he didn’t have a problem asking just one lawyer to draft a ruling, without telling the other side, if he had already reached a decision and he was under time pressure, he said. He also said he edited the proposed rulings if he didn’t like something.

Jacobson said he believed it was common practice to accept ghostwritten rulings in his district, the third judicial district. But the report said other judges in the district who did ask for ghostwritten orders had notified all parties.

The report referred to a 1984 Iowa Supreme Court decision that said judges who ask lawyers to help them draft rulings, orders, judgments and decrees should give all parties the same opportunity to submit proposed findings and to comment on findings proposed by others.

In addition, the court said in the 1984 decision, the better practice is to make any requests for proposed rulings to both sides before a decision in the case.

Jacobson had asserted that none of the lawyers who drafted rulings without knowledge of the other side had gained an advantage. “However, as the discussion of legal principles above makes clear,” the report said, “if a judicial officer solicits a proposed ruling and adopts it verbatim, the judge gives the appearance of having abdicated his or her responsibility to make an independent judgment of the case.”