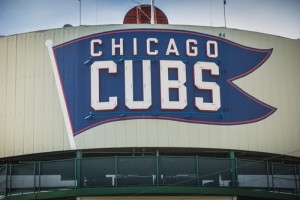 Retired Justice John Paul Stevens went to his first Cubs game in 1929 when the team was playing in the World Series.

Stevens, 96, plans to return to Chicago on Saturday to see his beloved Cubs play in a World Series game at Wrigley Field, the Chicago Tribune and SCOTUSblog report.

The Cubs lost the game in 1929, “a tragedy for a young fan,” Stevens tells SCOTUSblog. He was only 9 years old at the time.

The team made it to the World Series three years later—and Stevens was there when Babe Ruth hit his “called shot” home run. Stevens says it’s not clear whether Babe Ruth was indicating where he would hit the ball, or whether he was sending another message to the pitcher, Guy Bush.

Stevens didn’t make the game the last time the Cubs played in the World Series—in 1945—because he was a codebreaker in the U.S. Army.

Stevens remains optimistic about 2016, though the Cubs haven’t won a World Series in 108 years. “I’m confident that they’ll pull it through,” he tells SCOTUSblog. “They have an awfully good team.”