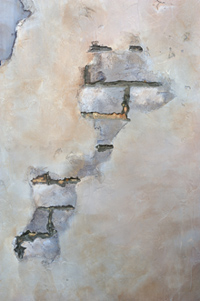 Corrected: Retired Justice John Paul Stevens said Wednesday that Justice Samuel A. Alito Jr.’s “not true” response to President Obama’s comments on the Citizens United decision is among several indications that the court majority has had second thoughts about the breadth of its reasoning.

Stevens was a dissenter in the 5-4 decision that allowed unlimited independent spending by corporations on behalf of political candidates. The majority opinion stated that the government may not restrict political speech simply because some speakers are disfavored. But “somewhat inconsistently,” Stevens said, the majority also said it was not reaching the question of whether foreign individuals or associations could be prevented from influencing the political process.

Alito mouthed “not true” after Obama stated in his State of the Union address that Citizens United would open the floodgates for special interests—including foreign corporations—to spend without limit in U.S. elections. “Justice Alito’s reaction does persuade me that in due course it will be necessary for the court to issue an opinion explicitly crafting an exception that will create a crack in the foundation of the Citizens United majority opinion,” Stevens said. “For his statement that it is ‘not true’ that foreign entities will be among the beneficiaries of Citizens United offers good reason to predict there will not be five votes for such a result when a case arises. …

“It will be necessary to’ explain why the First Amendment provides greater protection to the campaign speech of some non-voters than to that of other non-voters.”

SCOTUSblog, the New York Times blog The Caucus and the Los Angeles Times blog Politics Now have stories on the speech (PDF), delivered at the University of Arkansas in Little Rock.

Stevens also pointed to other opinions after Citizens United as evidence of the crack in the foundation. One of them was a summary affirmance of a decision upholding restrictions on campaign spending by two foreigners—including a Harvard law grad—who were living in the United States.

Stevens endorsed a different approach to campaign spending. He said moderators regulate campaign debates, and the Supreme Court limits argument time. So why not issue rules equalizing access to prime television time through expenditure limits on behalf of candidates?

Article updated at 9:45 a.m. to correct attribution in the third paragraph.