'Right to be forgotten' can apply to criminals: UK high court rules against Google 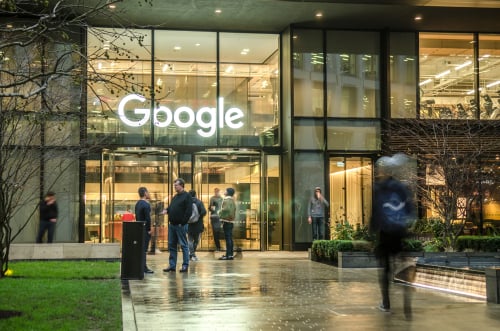 The “right to be forgotten” notched a win in the High Court of England and Wales, requiring Google to delist references to a businessman’s criminal history.

The suit was brought by two businessmen, referred to as NT1 and NT2 for privacy reasons, who requested that references to their criminal records be removed—also called delisted or deindexed—from Google search results. Google declined to delist the contested URLs for both men, which gave rise to the lawsuit.

Brought on data protection and English tort claims, the case required a legal framework including 10 key elements that pulled from criminal, civil, English and European law.

The criminal histories and dispositions of the men were material to the justice’s ruling. NT1 was convicted for conspiracy to account falsely (with the purpose of evading taxes) and was sentenced for four years in prison in the late 1990s. NT2 plead guilty to two counts of conspiracy to intercept communications related to a business he was involved with in the early 2000s, which led to a six-month sentence; he served six weeks and was released.

In part, the judge based his decision on The Rehabilitation of Offenders Act 1974, an English law that allows criminal convictions to become “spent” after a prescribed period of time. This law allows “rehabilitated” individuals to “be treated for all purposes in law as a person who has not committed or been charged with” an offense.

Warby explained that NT1 was evasive and obfuscating during the right to be forgotten trial and did not accept his guilt from the earlier case. This led Warby to believe that the businessman had not reformed. Meanwhile, Warby wrote, NT2 had accepted his guilt and shown remorse.

To that end, Warby wrote that NT2’s “crime and punishment information has become out of date, irrelevant and of no sufficient legitimate interest to users of Google search to justify its continued availability.”

See also: Erasing the News: Should some stories be forgotten?

For Google, their legal counsel argued that the “right to be forgotten” was not a right to “tailor your past,” according to tech news blog Engadget.

After the ruling, a Google spokesperson released the following statement over email: “We work hard to comply with the Right to be Forgotten, but we take great care not to remove search results that are in the public interest and will defend the public’s right to access lawful information. We are pleased that the court recognized our efforts in this area, and we will respect the judgements they have made in this case.”

The case stems from a 2014 ruling from the Court of Justice of the European Union, which found that search engines must consider requests to remove information regarding a person’s name that “appear to be inadequate, irrelevant or no longer relevant or excessive in the light of the time that has elapsed.” This case involved a Spanish man’s unflattering but true financial history.

After that opinion, Google saw a dramatic rise in requests to be delisted. According to Google’s Transparency Report, there have been nearly 670,000 requests to delist nearly 2.5 million URLs under European privacy law. Between May 29, 2014 and April 15, 2018, Google says it has delisted about 44 percent of reviewed requests.

NT2’s victory has the potential to broadly impact who can have online criminal information deindexed.

“It is quite likely that there will be more claims of this kind, and the fact that NT2 has succeeded is likely to reinforce that,” Warby said, according to the Guardian.

NT1 has been granted an appeal.

Corrects seventh graf at 10:38 a.m. to show NT1 had not accepted guilt from the earlier case.