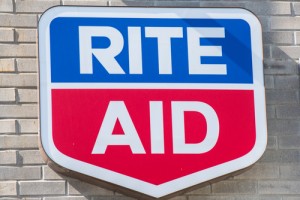 A federal judge in Philadelphia has blocked Rite Aid’s $135 million suit in state court against its convicted former chief counsel and vice chairman because of a release signed by the company in a shareholder class action in 2001.

The shareholder suit was filed after Rite Aid reported disappointing earnings in 1999 and restated its earnings for that year and two prior years. The settled claims were related to corporate malfeasance by Brown and other officers, Dalzell said.

Rite Aid had sued Brown in state court in 2002, but the case languished while Brown served jail time.

Brown was convicted in 2003 on multiple conspiracy charges related to alleged accounting fraud, according to this 2011 story by Pennlive.com. He was accused of inflating Rite Aid’s income, disseminating false financial statements, forging documents, tampering with witnesses, lying to the Securities and Exchange Commission, and distributing compensation to himself without approval, according to Dalzell’s opinion (PDF).

A federal judge resentenced Brown to time served in August 2011 and ordered Brown’s release. He was 83 when released.

Rite Aid’s suit against Brown had alleged breach of fiduciary duty, breach of contract, fraud and civil conspiracy. It had sought to recover legal fees related to misconduct by Brown and other former officers, accounting fees for new financial statements, unauthorized compensation, and the $161 million it paid to settle the shareholder suit. The company later dropped its claim for recovery of the shareholder settlement, leaving $135.6 million in asserted damages.