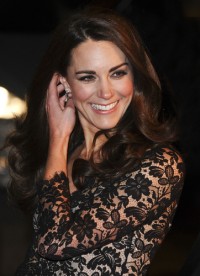 A French court has sided with the British royal family in a lawsuit filed almost immediately following the publication of photos of the topless Duchess of Cambridge sunbathing on a secluded private estate there during a vacation with her husband, Prince William.

The French gossip magazine Closer must pay Kate Middleton about $2,600 in costs and hand over the original photographs. It must also pay a fine of about $13,000 each time the photos are republished and another $13,000 for each day that it delays in turning over the photos after a 24-hour deadline expires, according to the Associated Press and Bloomberg.

However, the ruling doesn’t undo the damage caused by publishing the photos in violation of the couple’s privacy rights:

“The royal family will feel they won the legal ruling, but in terms of damage to their reputation, the harm has been done,” attorney Christopher Mesnooh of Field Fisher Waterhouse told Bloomberg. “This is not going to stop magazines publishing these sorts of photographs.”

Expanding on those comments, he explained that “Closer magazine has done a very sophisticated cost-benefit analysis,” reports the AP.

“Whatever the amount of damages that a French court will award, it will be a fraction of the publicity that the magazine will have gained, as well as the number of issues of this particular issue of Closer magazine which will be sold,” Mesnooh said. The American lawyer working in Field Fisher Waterhouse’s Paris office is not involved in the legal case.

The article notes that the couple is asking France to pursue a criminal case against the unidentified photographer who took the pictures and has other options. They include continuing the lawsuit in which the two obtained the favorable ruling and seeking damages.

Meanwhile, there is also the possibility of other lawsuits concerning other publications in Italy and Ireland that also have published the photos. At least in Britain and France, however, legal experts have said that the damages that typically are awarded aren’t sufficient to deter such privacy violations.

The photos also have made it to the Internet, making it virtually impossible to eradicate them entirely, the Associated Press reports.

The AP notes that the lawsuit breaks with the traditional practice of the British royal family under Queen Elizabeth II of pursuing litigation as a last resort.

Telegraph (opinion): “Kate Middleton topless photos: with camera phones and drone technology, soon no one will be safe “

Updated at 2:30 p.m. to include Telegraph column.