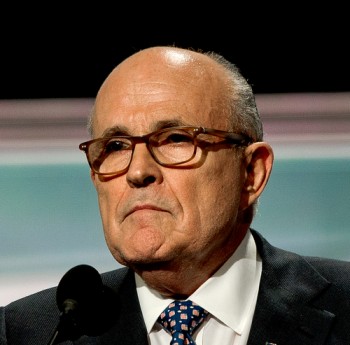 Updated: Rudy Giuliani is no longer on unpaid leave from Greenberg Traurig while he works on President Donald Trump’s legal team in the special counsel probe.

The former New York City mayor announced Thursday that he is resigning from the law firm, report the New York Times, Politico and the National Law Journal. The resignation was effective Wednesday.

“In light of the pressing demands of the Mueller investigation, I believe it is in everyone’s best interest that I make it a permanent resignation,” Giuliani said. “This way, my sole concentration can be on this critically important matter for our country. I have had a wonderful experience at the firm and I wish the firm and its executive chairman, Richard Rosenbaum, all the very best, now and in the future.”

Rosenbaum said in a statement that Giuliani’s initial intent was to play a limited role for a short period of time on Trump’s team. “After recognizing that this work is all consuming and is lasting longer than initially anticipated, Rudy has determined it is best for him to resign from the firm,” Rosenbaum said.

Partners at Greenberg Traurig were reportedly irked by comments Giuliani made about the hush-money payment and how that’s not unusual at the firm, according to the Times. “That was money that was paid by his lawyer, the way I would do, out of his law firm funds,” Giuliani had said in a Fox News interview. “Michael would take care of things like this like I take care of this with my clients.”

The firm later responded to the Times’ questions about Giuliani’s remarks. “We cannot speak for Mr. Giuliani with respect to what was intended by his remarks,” spokeswoman Jill Perry told the Times. “Speaking for ourselves, we would not condone payments of the nature alleged to have been made or otherwise without the knowledge and direction of a client.”

Updated at 1:55 p.m. to include statement from Greenberg spokeswoman.