Saints fans file suits over bad call in game against Rams; can NFL order a do-over? 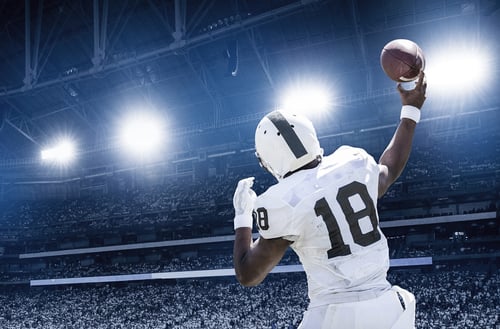 The suits seek recourse for a missed call that could have cost the Saints a trip to the Super Bowl. Publications with stories on one or both suits include WGNO.com, Sports Illustrated, the Associated Press, Yahoo Sports and the New Orleans Advocate.

One of the lawsuits, filed by lawyer Frank D’Amico Jr., seeks a writ of mandamus that would compel the NFL to follow its own rules, according to a statement on D’Amico’s website.

The lawsuit and an initial press release cite Rule 17, Section 2, Article 1, which provides that the commissioner of the NFL has the power to take corrective measures for a game “calamity.”

The measures are authorized when the calamity is so “extraordinarily unfair” or “outside the accepted tactics encountered in professional football that such action has a major effect on the result of the game.”

Corrective measures allowed include a game do-over or a replaying of the game from the point when the extraordinary act occurred.

As a result of the bad call, D’Amico’s suit says, the plaintiffs “have been left bereft and with no faith in the National Football League for fairness despite the league’s own rules to correct such errors.” The suit was filed on behalf of two season ticket holders, as well as the Who Dat Nation, in state court in New Orleans.

The second suit was filed by Darrell Guillory, who bought a ticket to the game, according to the Advocate. Guillory says he was defrauded by the NFL’s failure to enforce its rules, and the league “cannot be trusted to police itself.” The would-be class action seeks damages for infliction of emotional distress and breach of contract with ticket holders.

Two other lawyers have sent a formal request to NFL Commissioner Roger Goodell that asks him to enforce Rule 17.

Past lawsuits over bad calls have failed, according to Sports Illustrated legal analyst Michael McCann, an associate law dean at the University of New Hampshire. A ticket to a game is a contract, but it does not guarantee against bad calls, according to McCann’s article. The Saints would have no ground to sue under the NFL constitution, which states that commissioner decisions are final. Betting businesses also would likely lose because they have no standing to sue, the article concludes.

An assistant to D’Amico is setting up a media schedule to deal with all the interview requests he has gotten about the lawsuit. She told the ABA Journal he isn’t immediately available for an interview.