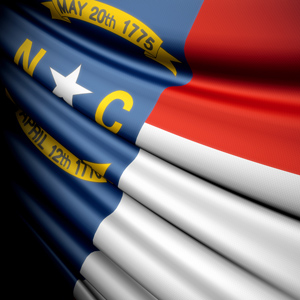 If the woman known as M.E. had lived with her girlfriend in North Carolina, she could have gotten significant legal protection once their relationship turned abusive. She would also have been eligible for that help—a domestic violence protective order—if her ex had been a man.

But because she did not share a home with her same-sex partner, a judge said she could not use the threat of jail to try to keep her alleged abuser away. This story was published in collaboration with them.

That decision—and the state statute behind it—are now being challenged in the state’s Court of Appeals by the American Civil Liberties Union, with the support of the state’s attorney general.

It’s unclear how many people would be affected if the court rules in favor of M.E., who is identified in court documents only by her initials. But social workers and legal experts say that a favorable ruling would encourage people who are being abused to seek help.

“There are huge barriers for people coming forward, generally,” said Todd Brower, a law professor who trains judges and court personnel about LGBT issues through the Williams Institute at UCLA’s law school.

The situation is particularly acute in North Carolina, he said, because of the state’s historic antipathy to queer people. Just last month, the state agreed to stop banning people from using the public bathrooms that match their gender identities; in February, state legislators introduced a bill that would redefine same-sex unions as “parody marriages.”

Under current law, if people in North Carolina are in abusive relationships—so long as their partners are “of the opposite sex”—a judge can issue a 50B protective order. It allows a judge to take away guns from accused abusers or order them to attend violence counseling. It also opens up opportunities for the victim to get relocation services. If an order is violated, police can arrest the offender.

Same-sex couples who live together are also covered by 50B orders.

But for those who don’t live together, the only option is a 50C, a no-contact order that doesn’t carry the same legal repercussions or safety measures.

Just a piece of paper?

No central database tracks or maintains records on the sexual orientation of those who request protective orders, so it’s unclear how many people fail to get a 50B and opt for the lower-level protection instead. A handful of studies question the efficacy of protective orders, which critics say are not always enforced by police officers.

But civil rights lawyers generally agree that while they may not be a silver bullet to stop violence, protective orders give judges more power to help the abused. “Though protective orders alone cannot guarantee the safety of a victim, they are much more than ‘just a piece of paper,’ ” said Sherry Everett, legal policy analyst for the North Carolina Coalition Against Domestic Violence. When there’s a protective order, she said, even a text message can result in a misdemeanor charge against the offender.

The 50B orders also give victims the opportunity to get court-offered services, such as relocation or trauma therapies, said Amily McCool, the lead attorney in the case of M.E. (Her client declined to comment.)

According to a brief filed in January, when M.E. tried to leave her girlfriend last year, she was threatened and had to call the police for help. She tried to get a 50B protective order against the girlfriend, but the judge denied the request and issued a 50C instead. But when the girlfriend violated that order—and allegedly had access to guns—the plaintiff went back to court to try again for a 50B.

The judge in that decision ruled against her but said that had the two been in a straight relationship, the case would’ve easily triggered a 50B protective order.

Most states that excluded same-sex couples from getting protective orders in domestic violence cases changed their laws after the 2015 Supreme Court ruling that legally established same-sex marriage. North Carolina has not.

But some local judges—and even the state’s attorney general—disagree with the law.

District Judge Shamieka Rhinehart, who was elected to the bench in Durham last year, said she’s presided over multiple requests for protective orders from gay and lesbian victims and rarely turns one away.

“When people are in front of me asking for help, it’s my job to help them,” Rhinehart said.

North Carolina Attorney General Josh Stein argued in a brief that “it is now clear that this discriminatory treatment of same-sex couples is untenable and unconstitutional.”

The defendant, who is representing herself, did not respond to a letter or voicemail message requesting comment.

Sam Watson, the LGBT services coordinator at the North Carolina Coalition Against Domestic Violence, said that if the lawsuit changes the state’s position to include same-sex couples, that could have a ripple effect and encourage more people in abusive relationships to seek help.

A 2010 study by the Centers for Disease Control shows that intimate partner violence is underreported in the LGBT community and estimates that lesbians and bisexual women face the highest prevalence of abuse over their lifetime, at 44 and 61 percent, respectively. A quarter of gay men also experience domestic violence in their lifetime, according to the CDC study.

“There is still the myth and stigma around being involved in domestic violence,” said Ruth Glenn, the chief executive officer at the National Coalition Against Domestic Violence, adding that the prevailing image of domestic violence is a woman battered by a male partner. “People think they just won’t be believed.”