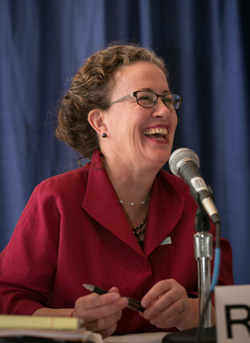 In 2013, after the U.S. Supreme Court struck down the Defense of Marriage Act in U.S. v. Windsor and cleared the way for same-sex marriages to resume in California with their decision in Hollingsworth v. Perry, a door seemed to open for same-sex couples.

And in the past year, courts around the country have continued to knock down bans on same-sex marriage. And as of June, 19 states and the District of Columbia permit it, and there were 92 suits pending in 32 states, with 58 of them in federal courts.

But there were and still are plenty of bumps on the other side of that portal, slowing progress despite the nation’s fast-growing acceptance of same-sex marriage, said panelists at the ABA Annual Meeting session “What Lawyers Need to Know About Same-Sex Marriage after United States v. Windsor & Hollingsworth v. Perry: Implications for Employment Law, Litigation and Public Policy.”

We still are “very much in a transitional period” concerning access to civil marriage and recognition in the states, as well as working out the details concerning rights and responsibilities under federal law after and because of those major rulings, said moderator Teresa Renaker, an employee benefits litigator with Lewis, Feinberg, Lee, Renaker & Jackson in Oakland, California.

Within hours of the Windsor ruling, President Barack Obama sent a memo to all departments of government “very enthusiastically embracing the decision,” says panelist Robert Lewis, regional counsel in Atlanta for ERISA and employee benefits with the Labor Department’s solicitor general’s office. The president cautioned all agencies to act swiftly to incorporate the ruling into statutes, and regulation and compliance, he noted.

“We have finally reached a tipping point where administratively it is easier for an employer to include same-sex spouses (in benefit plans),” says Renaker. Otherwise they have to ask employees where their marriage ceremonies were performed.

But the complexity of that—matters involving employment, taxation, Social Security, immigration, veterans and so on—in a mix with statutes that rely on either where the marriage ceremony was conducted or where the couple lives, is huge. Also, same-sex marriage rights do not necessarily protect from other forms of legal discrimination. 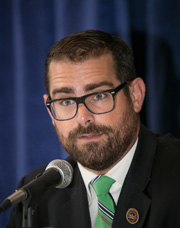 For example, in May a federal judge in Philadelphia ruled that a 1996 law banning same-sex marriage violated the Equal Protection and Due Process clauses of the U.S. Constitution. Same-sex marriage became legal in Pennsylvania following that decision. But panelist Brian Sims, the first openly gay member of Pennsylvania’s House of Representatives, pointed out that while there may now be marriage equality, someone still could be kicked out of their apartment because of their sexual orientation or gender identity.

One such proposal would have the legal status of a couple’s marriage determined by the jurisdiction where the ceremony took place. But there is little hope for passage.

“People have so much at stake,” Bonauto says. “It will proceed in litigation.”

“Marriage equality is now being propelled by litigation, not legislation,” says Sims.